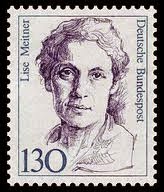 
You’ve heard of fission, the splitting of a nucleus. We imagine the nucleus of an atom, for example, uranium, as a droplet of jelly or water that can split—fission, it is called. Nuclear fission. The broken droplets are necessarily smaller nuclei. This liquid droplet model and even the name fission arose from the mind of Lise Meitner, an under-celebrated physicist.

Lise Meitner was born in Austria and earned her Ph.D. from the University of Vienna in 1906 (women were first admitted to this university in 1901). She lived and worked in Berlin until she was forced to flee during WWII. Before she fled, she worked with chemist Otto Hahn at the Max Planck Institute (then named the Kaiser-Wilhelm Institute); however, due to prejudice against women, they were forced to set up a lab off-site in a carpenter’s shop. Often during her early career, Meitner had to work as a guest researcher instead of being a full professor, because of prejudices against women. Yet in later years, she was the top authority on the nucleus and even Einstein would refer to her as “our Madame Curie.” 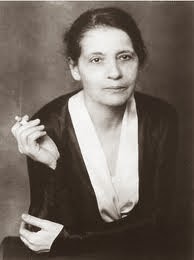 During this time period, Meitner was doing pioneering work--and not just because she was a woman in physics--she was designing and performing breakthrough experiments . She was at the forefront, the cutting edge of research—radioactivity and radiochemistry were new fields, only barely understood. 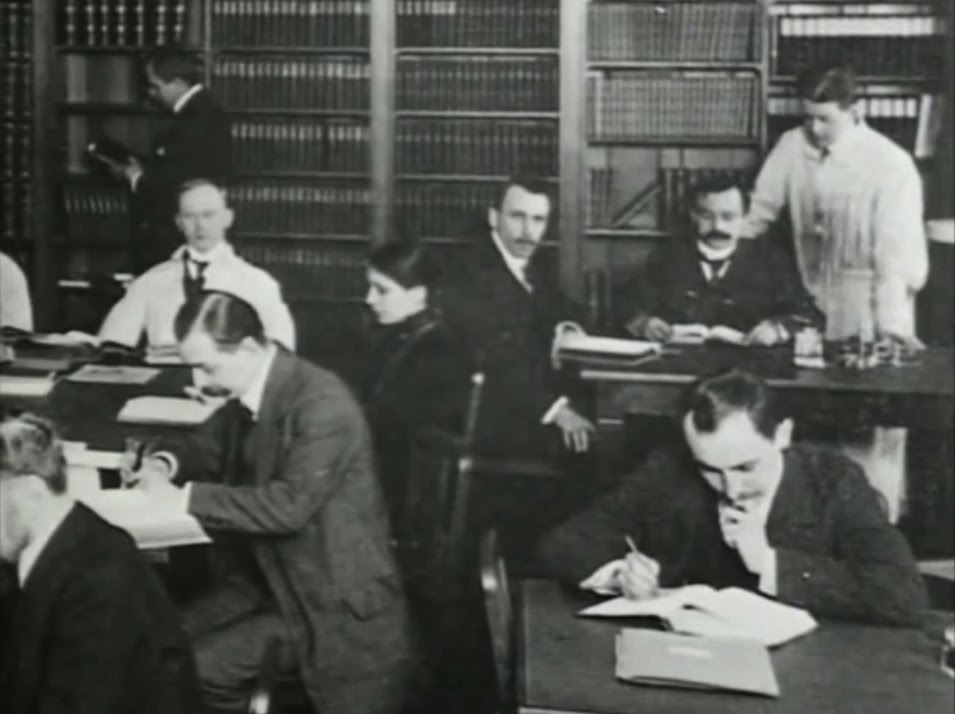 Meitner studying, the only woman among men

Later, by 1912, she was more accepted and finally became a member of the Institute, then director of the physics department and she and Hahn became joint directors of the Institute in 1917. Her area of interest was radioactive emissions. Together, she and Hahn were one of two teams credited with isolating the element protactinium (so named because it decays to become actinium). Later, she went on to discover Thorium-d (the stable Th 208 isotope). While in Berlin, Meitner worked as an assistant to Max Planck at the Berlin Institute for Theoretical Physics and sat in on his and many of Ludwig Boltzmann's classes. 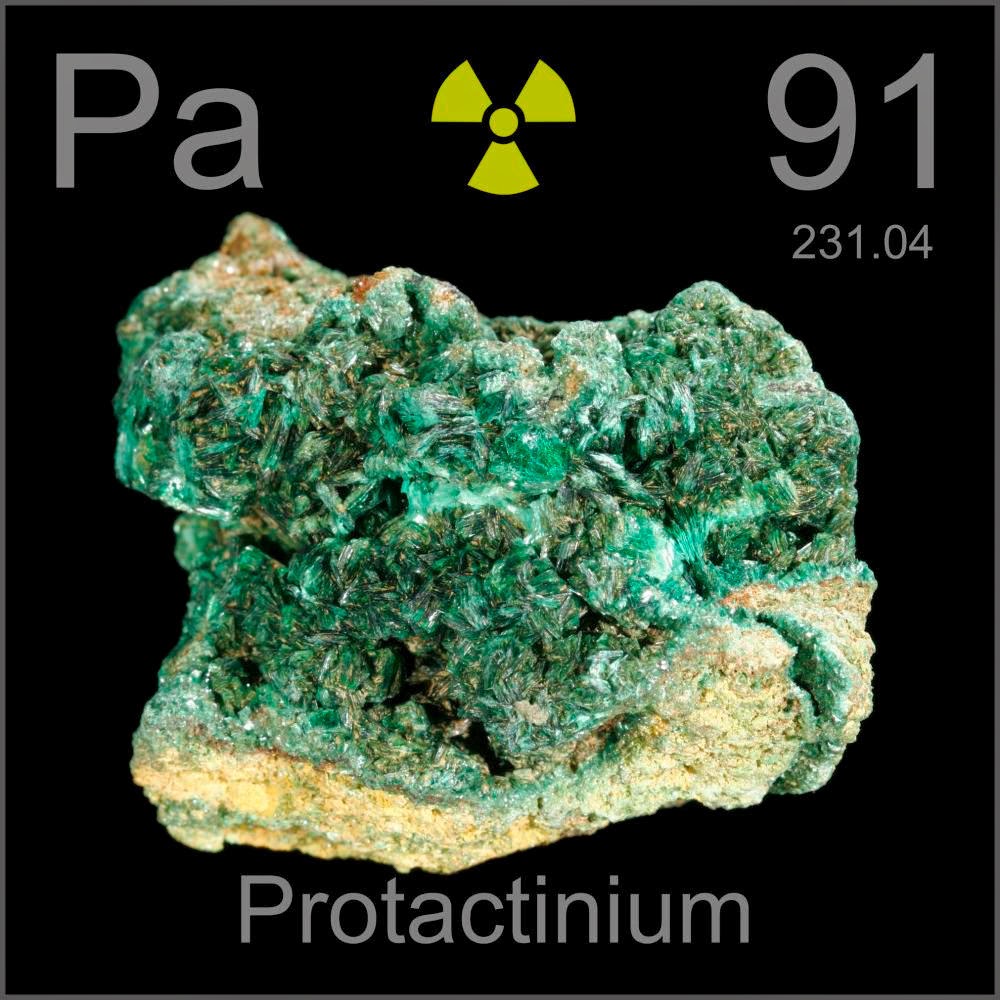 Meitner's lab partner, Otto Hahn was a rather enlightened gentlmen for the time period and not afraid to work with Lise because she was a woman. In 1938, when Meitner was forced to flee Germany, Meitner continued to correspond with Hahn in secret. She moved to Stockholm and conducted research at the Nobel Institute for Physics. Even when she was exiled from Germany and Austria, Hahn continued to correspond with her in secret. Meitner's importance in the process of discovering nuclear fission cannot be overstated. She could explain and mathematically verify the process in ways that others could not.

The idea of the nucleus splitting was not something people were expecting.  The experiments involved shooting a moderated (slow-moving) neutron into a nucleus to produce heavier elements.  The conjecture that the nucleus could rupture is due to Meitner.  This conjecture she conveyed to Otto Hahn, who for his publications alone received the Nobel Prize.  It is not fair to blame Hahn as stealing credit however; he had to conceal Meitner’s contributions in order to keep her location a secret (their collaborations and her escape were illegal).

How far reaching is the influence of the Meitner Model?  Time and again you have probably seen the animation of the nucleus splitting. What is missing is a caption giving due credit:  “The Meitner Model of Nuclear Fission.”   Why don’t we call it that? We have the Bohr Model of the Atom, the Planck Constant, Kepler’s Laws, and Einstein’s Relativity. Why doesn’t Meitner receive credit each time nuclear fission is referenced? If a man would have discovered it, credit would be given where it is due. 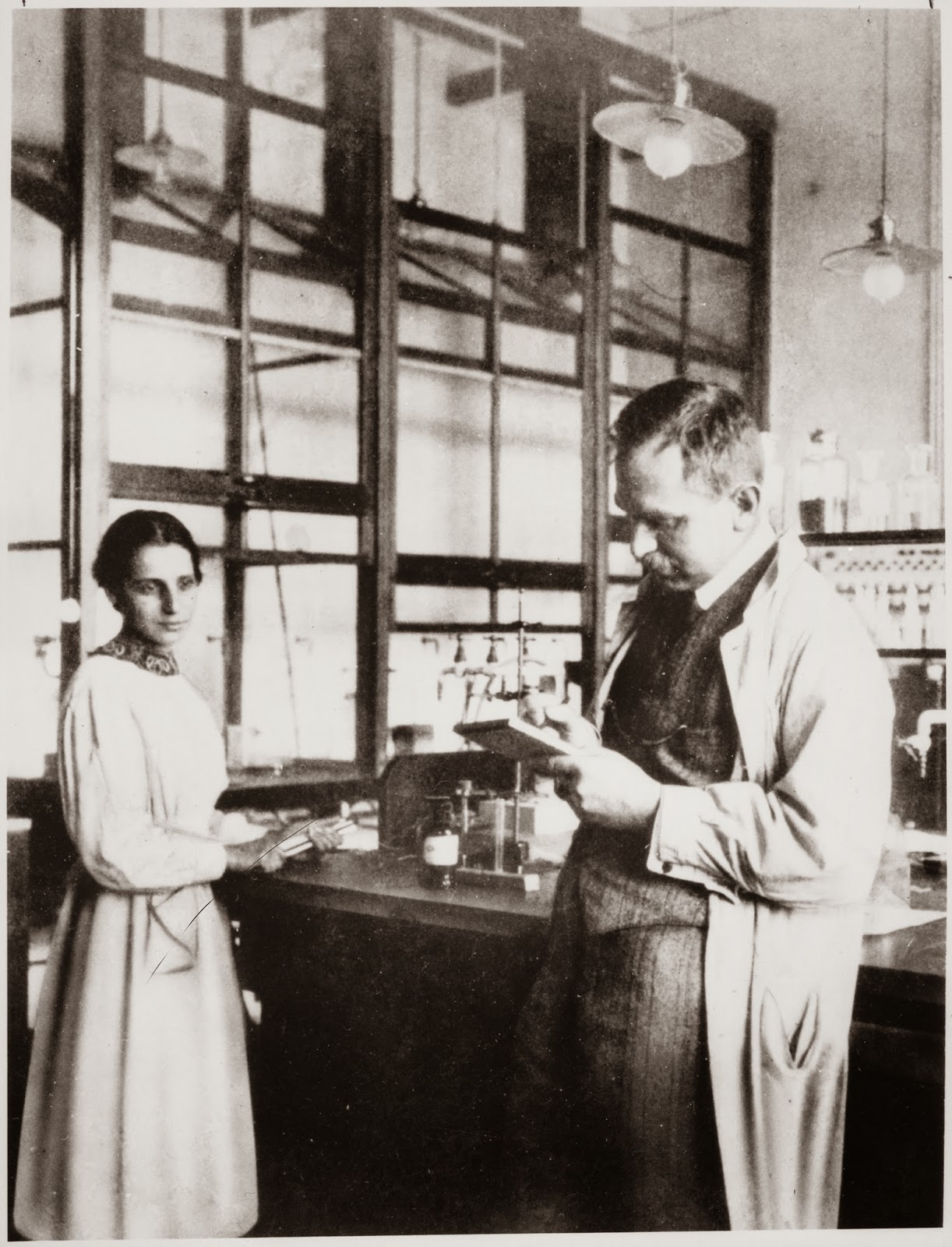 
In her later years, Meitner retired to Cambridge, England (1960). Finally, in 1966, she was given the Enrico Fermi Award (along with her collaborators Fritz Strassman and Otto Hahn). Famed Italian American Physicist Enrico Fermi discovered that uranium could be transmuted into other heavier elements.  But Meitner explained that there was another process of the nucleus splitting like a water drop.  It and it is her model that we still use today. Nobody will ever  see a nucleus, but Meitner gave us the picture in our minds.  It is to this physicist that we are indebted. 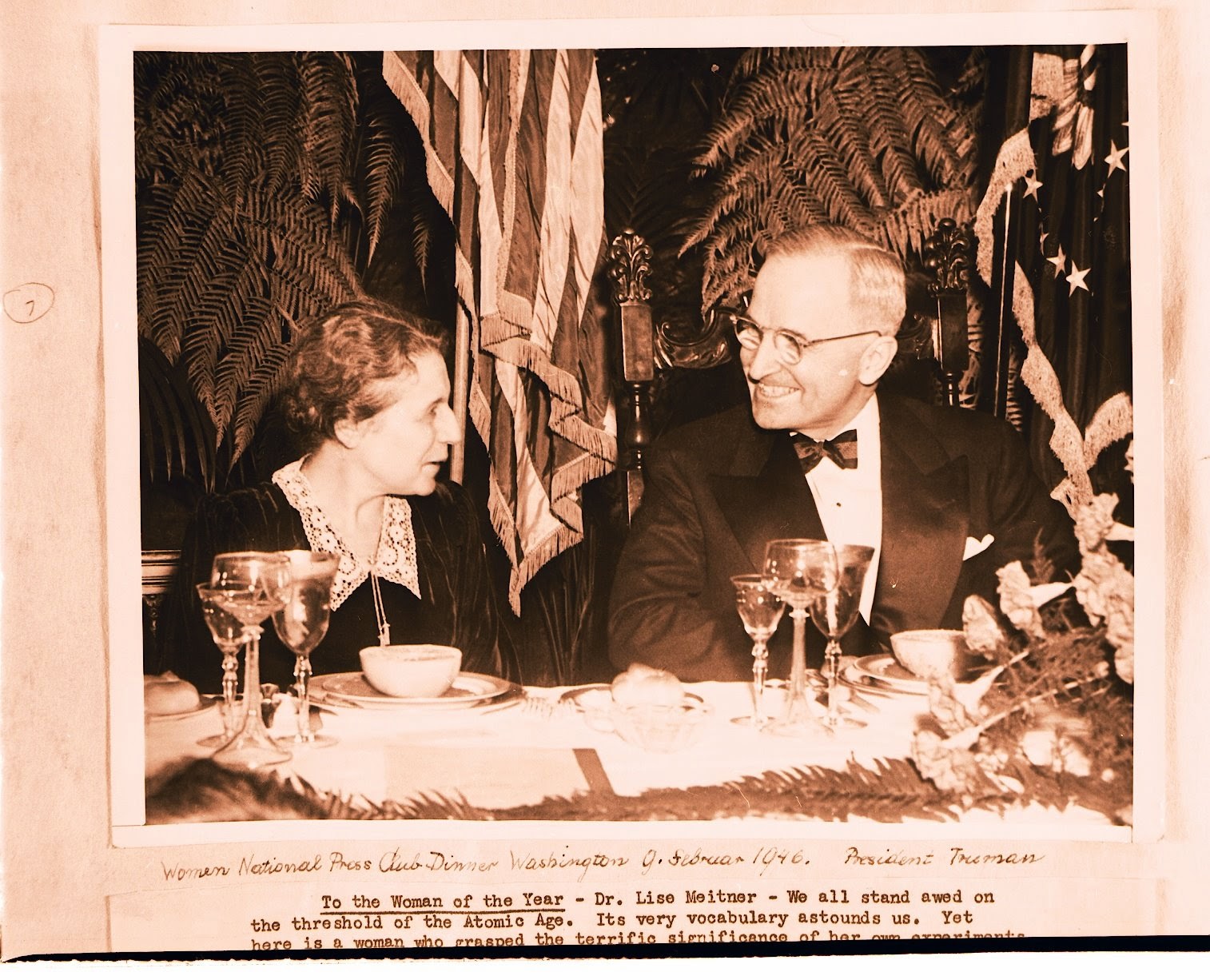 Watch the presentation “Overlooked Achievement: The Life of Lise Meitner” on the Research Channel by Ruth Lewin Sime, author of LiseMeitner: A Life in Physics 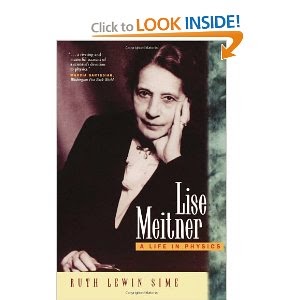 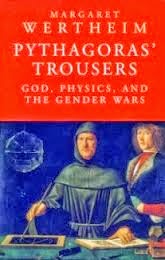