The Physics of Jack O'Lanterns

Here are some pumpkins that we carved last Halloween. 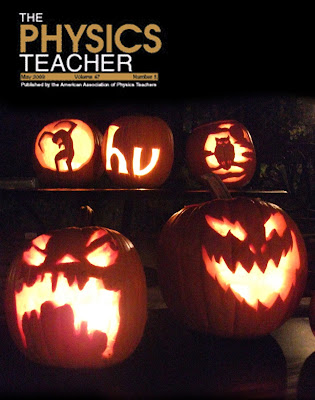 This would make an awesome cover for The Physics Teacher magazine, am I right? 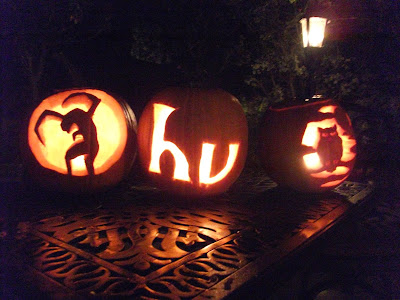 I am particularly proud of the Planck’s formula pumpkin, E=hv  which I carved, because at the time I was studying the history of Planck’s constant, h. This seems to be the same h in the formula for a derivative with lim h->0 . It is appropriate that this equation appears in the positive space of a pumpkin, because it is the formula for the energy quantization of light. 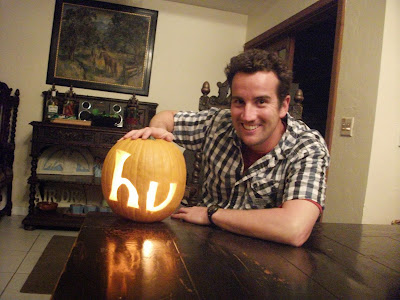 I hope this physics-themed pumpkin brings a smile to the faces of all you physics teachers and friends
out there this Halloween!! 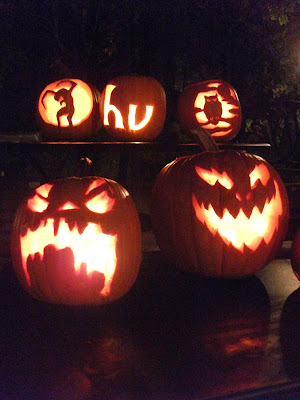 Posted by James Lincoln at 9:29 PM No comments:

First of all, thank to our friend Dean Baird over at Blog of Phyz for sharing the Lincoln Physics blog with his readers.

Next, I will post some photos from the video-making progress from AAPT Films. On Sunday, I filmed a video about sound and measuring wavelengths using tuning forks and other tools. Tuning Forks, Test Tubes, and Antinodes, Oh My!

The video will include many active demos that you as teachers can share with students. 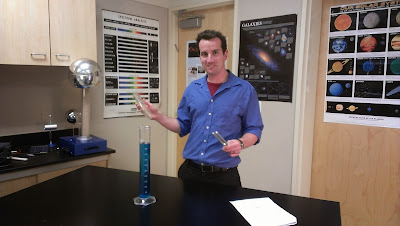 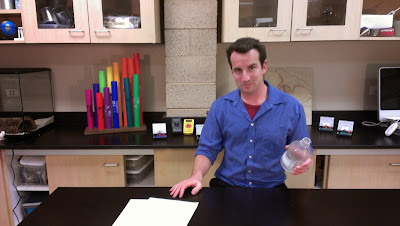 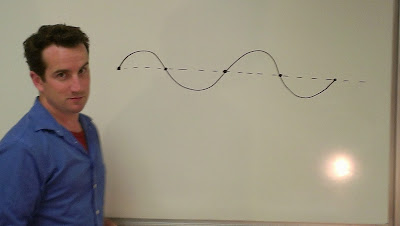 How is the length of a wavelength measured? Using nodes and antinodes...
Posted by James Lincoln at 2:41 PM No comments: 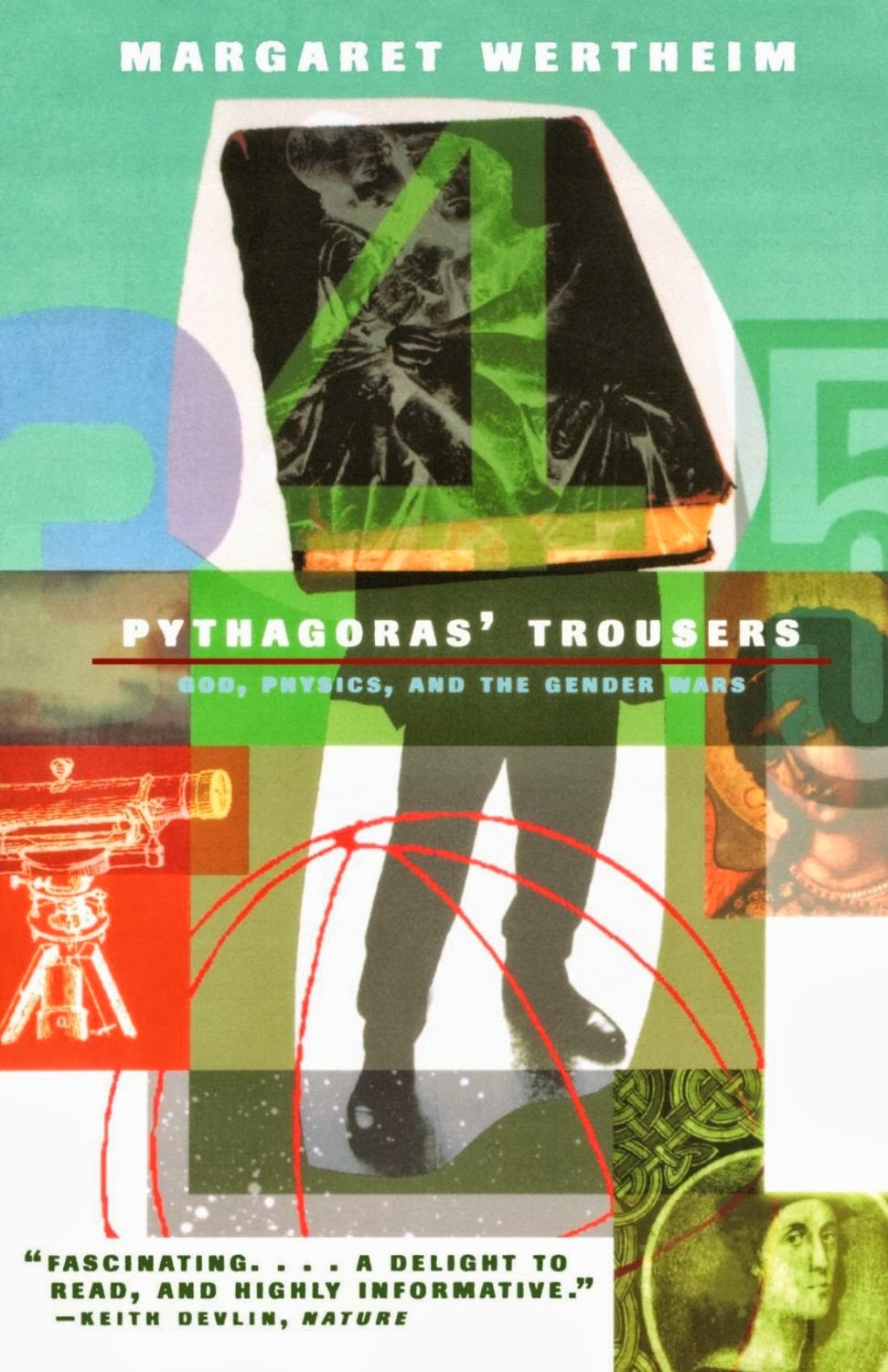 In Pythathagoras’ Trousers, the author Margaret Wertheim set out to write the wonderful history of all the women who contributed to physics over the centuries. However, she discovered that the history of women in physics was not wonderful at all. The information she found was more like the history of women being excluded from physics. She attributes this to the culture of physics, which has existed in an elitist, priest-like way since the days of Pythagoras and his secret society. 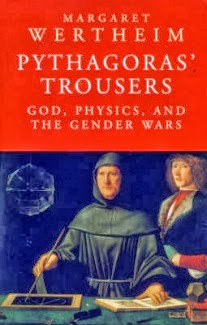 In the past, the secrets of physics were written in Latin, a language only priests were likely to learn at the time. Latin was mostly a written language, not commonly spoken, and the layperson, both men and women, did not have access to such elite knowledge. Galileo started to write about science in Italian for the public to read, and this behavior definitely got him into trouble with the Church.

Who are the women who succeeded in physics? The book discusses several women, including Marie Curie and Hypatia, to name a few. 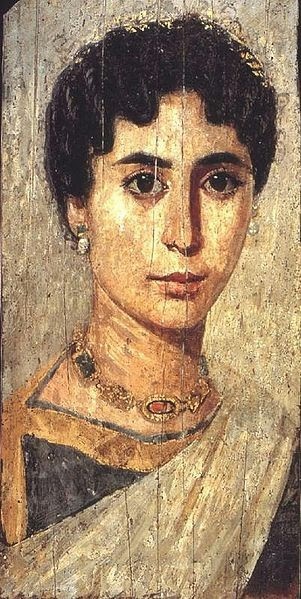 These women succeeded when an enlightened individual decided there was no reason a woman couldn’t learn the science that he knew. When there is such a strong current in the culture discouraging women to learn physics, to counter that current it takes a lot of encouragement for women to succeed, and that is still true today.

According to this book, there is a long history of women in physics being oppressed. This is a direct result of men preventing women from learning, which could be related to the patriarchal power structure of the Church.

Today, as we discuss the progress of women in STEM fields, many wonder why women are still underrepresented in the field of physics. After all, women are well-represented and respected in almost all fields of science, while physics alone lingers with an underrepresentation of women.  The author posits that “physics as a religion” may turn women away from the field. I won’t tell you all of her opinions; however, she discusses the search for the god particle and the almost religious hero worship of physicists like Einstein.

Why should you read this book? As a physicist or physics teacher, you will learn more about what women must overcome to become eminent in the field of physics. What does it take to mentor women into becoming successful physics? After reading, you might be more likely to take that extra step in encouraging your female physics students to stick with it. You could be that enlightened individual who encourages young women to persevere in the field, just like the mentors of Hypatia and Marie Curie.

After reading this book, I hope you will be inspired to rewrite the story of physics from an exclusive club to a more inclusive and inviting culture of physics.
Posted by James Lincoln at 12:35 PM No comments:

The Movie Seen 'Round the World

Recently, I received an email requesting to show one of my videos abroad, at a museum! See below:

“For the Museum Night of Delft, the Netherlands, I want to ask you for your permission to show “Can Dogs See in Color?” in public at the night of Oct 25.

We (art students) are programming a video program regarding humans and technology and would be pleased to use this video in our selection.

Hope to hear from you as soon as possible.

Of course, I agreed. Isn’t it cool? Next week, in the Netherlands, they will be watching my video. But you don’t have to wait! You can watch it here and now (below):

You can watch some physics demos that aired on Jimmy Kimmel Live last night. 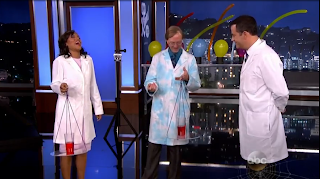 Skip to 26:00 on the show, and you will see the first science demo. They show the "Greek Waiter's tray" demo, using centripetal force so that the fluid does not spill from the cup, even while spinning upside down. This is similar to my SpillNot video.

Later in the show, they scale up the trick using a hammock and a picnic (you'll just have to watch it).

And finally, for the grand finale...they use a blue laser to carve and light a pumpkin!

If you want some Halloween-themed physics and chemistry learning fun, then I think you'll enjoy watching the video.
Posted by James Lincoln at 7:27 PM No comments:

Do your students ever have trouble understanding the idea that air is matter?

This video should help in only 90 seconds!

Check out this video I made called "Swimming in an Ocean of Air" which explains why air is matter.


You will see a demo where I have evacuated the air from a vacuum chamber.  The chamber is on a scale, and when I let the air back in, you can see how much the air in the chamber weighs.

By the end, I should convince you that air is matter. It is a physical substance that takes up space and indeed, has mass.

And on top of all that, using physics, I answer the philosophical question: 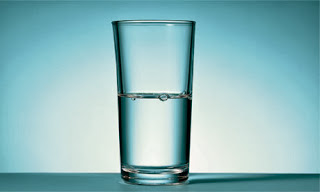 Is the glass half empty or half full?

Posted by James Lincoln at 12:20 PM No comments:

This article is interesting, about "10 Women in Science You Should Know But Probably Don't"...

Even with all of the history of science that I read, I have not heard of all of these scientists.

Astronomer Maria Mitchell is mentioned in the article. 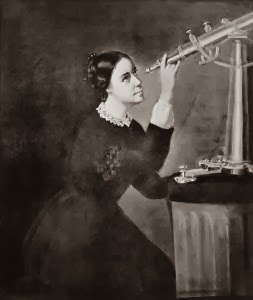 This article reminded me, soon I will post a book review for a fascinating text about women in science called Pythagoras' Trousers: God, Physics, and the Gender War. Posted by James Lincoln at 12:00 PM No comments:

Spin a CD for the Color Spectrum

One of the first demos I ever performed during my student teaching days involved spinning a CD.

Here is what you do:

Make sure each color is allotted equal space on the top of the CD.

Place the CD in a CD player, one that has a clear window on the top. Or you can leave the lid open while the CD spins.

Once the CD is spinning, the colors will no longer appear distinctly on the CD top.

Guess what color it will be? Exactly, you are right...WHITE.

This demo is a quick and easy way to give a strong visual representation about the color spectrum.

You have probably seen three lights projected onto a screen, red, blue, green, and where they overlap, you see white. This demo communicates the same idea. 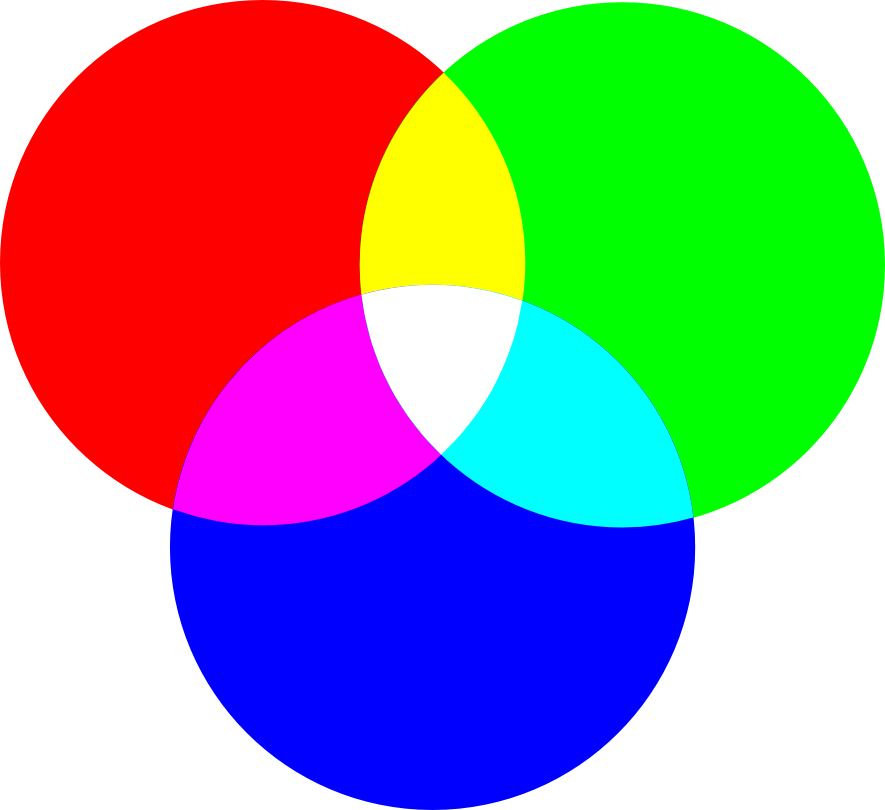 If you are teaching about color and light, give this demo a spin!

Troubleshooting advice: if the color looks bluish or pinkish instead of white, adjust the ratio of colors until the CD spins white.
Posted by James Lincoln at 7:11 PM No comments:

Did you know that I created 14 science videos for eHow.com?

These videos are not just about physics--they were made in response to common questions people have about science. They are created for the layperson. 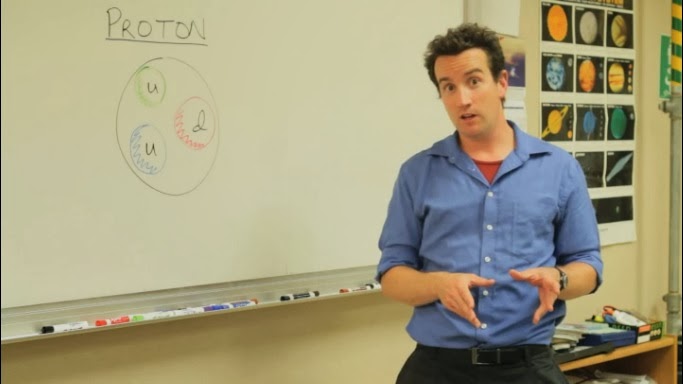 Topics range from anatomy of a proton (above) to science fair projects for middle school students to one of my favorites, Physics Experiments You Can Do At Home.

The videos are short and sweet, about 90 seconds to two minutes long.

Hope you like them!
Posted by James Lincoln at 10:40 AM No comments:

Is boiling water always hot? The answer is "No!"

Today I am filming a video about boiling water.

What will you need for this experiment? A small syringe, like the one below, often used for baby medicine. You can find this at your local pharmacy. 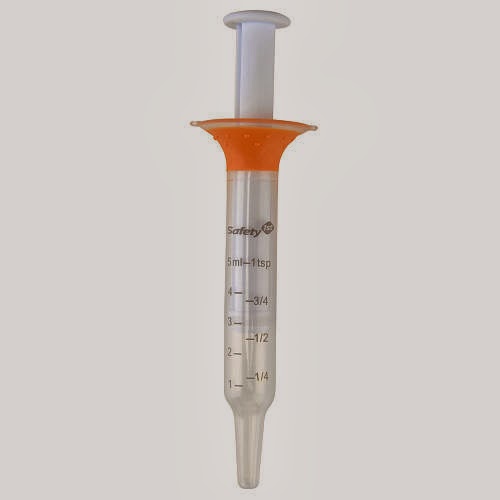 The idea behind this demo is the Ideal Gas Law.


In this demo, you will cap the the syringe with your thumb and then pull on it. This decreases the air pressure inside. Increasing the volume decreases the pressure according to the Ideal Gas Law: pV=nRT

This occurs because water will boil easier at a lower pressure.


To perform the demo:


One advantage of this exercise t is that the syringes are fairly cheap, and you can buy six or more, so students in the class can take turns boiling water and learning about volume and pressure. What a hands-on way to gain understanding of the Ideal Gas Law!

For a more detailed and visual explanation, you will just have to watch my video. Anticipation! 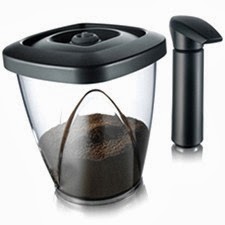 In each of my videos, I include advice about how to perform the demo or experiment, especially for those of you trying the experiments for the first time. However, I always advise running the experiment on your own first before performing it for your class.

Posted by James Lincoln at 10:38 AM No comments: