I am excited to announce that the first official AAPT Films video is complete.

You can watch the video here or just click play (below).

What is a genecon hand crank generator? 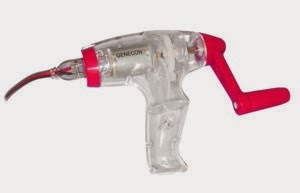 Here's how it works: you turn the handle and it generates current that you can use for anything you want, such as making a lightbulb glow.  The faster you crank, the higher the voltage output.

My video covers awesome experiments that you can do using the hand crank generator.

Some other tools you may need for the experiments will include:


The genecon presents us with a chance to feel the cost of producing electric energy.  For example, if you hook one to a parallel circuit, you will appreciate that this circuit is using a lot of power, because you are the source of that power.  The more light bulbs that are screwed in, the more difficult it becomes to keep up with the demand.

You can also appreciate how efficient LED lights are at producing energy, here I am easily able to power all of these LEDs.   If I send the current the other way, they don’t light up.  Cranking a genecon is an excellent way to communicate this message.

All of the experiments you will see in the video make interactive lab stations for students. Every student should have the chance to generate electricity!

Last week, I recorded a video about the polarization of waves, especially light waves. One of the best ways to learn about polarization is to experience it!

Pick up some supplies like a pair of polarizers or some sunglasses to try out the demos yourself. After learning about polarization demos and labs in this article and my video, you will probably want to order a class set of polarizers.

Every student should engage with these polarizing filters in a hands-on manner.

The behavior of polarizers is that either one will let some light through, even when they overlap, but when they are crossed, they do not let light through. 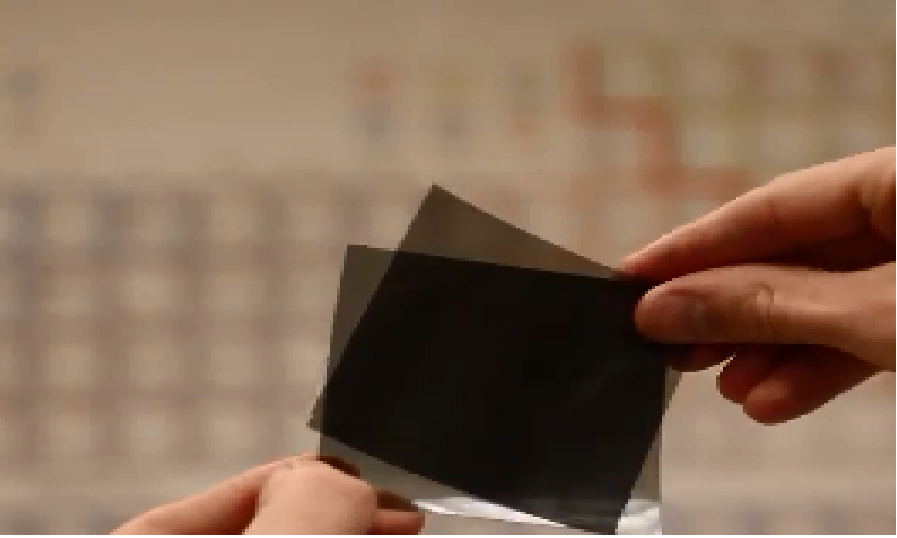 What can we learn about light from using polarizing filters?

We can learn that light travels in transverse waves. Imagine a transverse wave like the ones on a slinky. There is up and down and left and right and all mixed up. But I can polarize the wave and allow it to travel in just one plane. No matter what crazy wave I try to send, only the horizontal components will get through. This is what is happening to the light when we use a polarizer and it proves that light is a transverse wave.

Regular light, from the sun or a flashlight, is randomly unpolarized, but sending it through a polarizer polarizes it. In some cases, we have vertically polarized light. Sending this through a second polarizer, often called an analyzer, might not permit any light to pass, especially if the polarizers are at right angles. Cancelling light by crossing polarizers is called extinction. 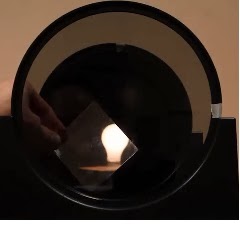 My video will show a very cool demo using three polarizers. If we have two polarizers crossed to extinction, and we add a third polarizer in between, we still get light to pass through them.

Why Should You Do This Demo?

What does it show? This experiment helps us understand what it means for something to be polarized. It means that it is oscillating in a specific orientation, as a vector.

Did you know that Liquid Crystal Displays or LCDs are polarized?  You can have a lot of fun by putting a polarizer in front of your computer screen which is probably an LCD screen. These screens are linearly polarized usually diagonally. Now try it out on your watch or your calculator!

Reveal the “Stress” these Everyday Items are Under 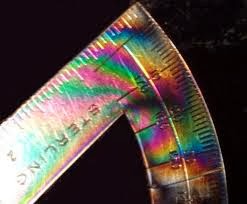 Crossed polarizers can reveal the amount of stress in a transparent object. For example, the photo of a  polarized protractor, above, demonstrates that in some places there is more stress than others.

The revelation is made by the medium repolarizing the light in between two polarizers that have already been crossed to extinction. You can do this by stretching transparent tape, too. Next take a look at rulers or plastic silverware or the safety goggles in your lab. 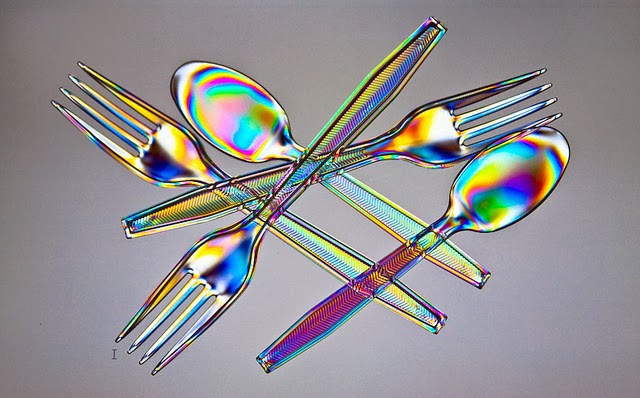 In my video, I will even show a shattering “Prince Rupert’s Drop.” 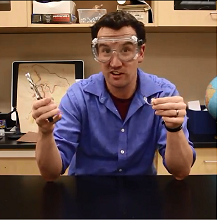 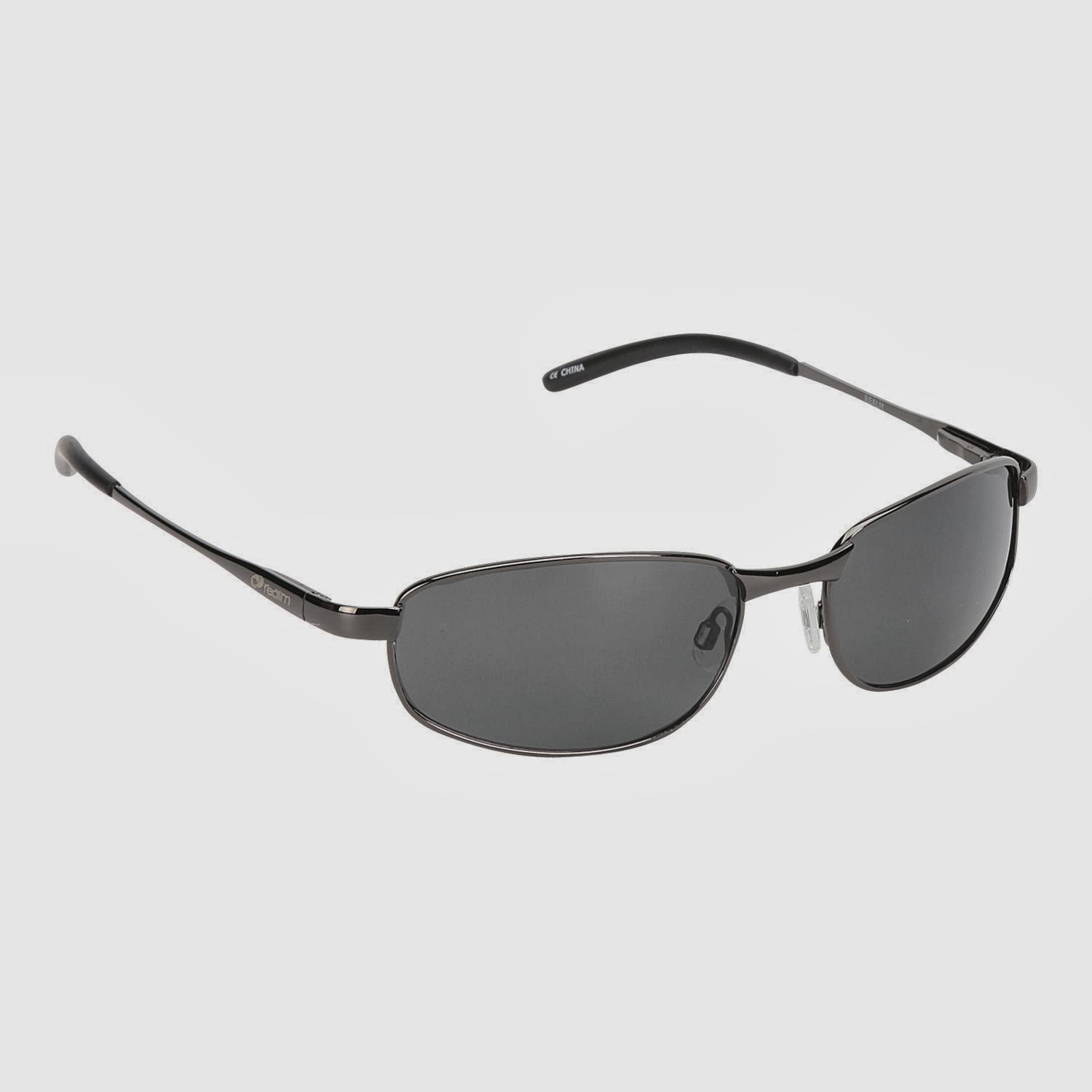 One of the main purposes of polarizers is to eliminate glare. How does this work?  Well, glare is either partially or completely polarized, whether it is glare on the surface of your black lab tables or glare on water puddles.

Glare tends to be made of polarized light that is oscillating in the same plane as the surface that is reflecting it. For example, the surface of the black lab tables have glare that is polarized left and right.

The blue sky is a glare from the sun scattered by air molecules and it is partially polarized. The polarization is at a maximum at positions that are at 90 degrees from the sun arms.

Go outside and rotate the polarizer; you should notice that the sky gets darker as you rotate it. Photographers sometimes use this effect to make the clouds look more dramatic. You can try using it for fun and to better see the moon during the day. 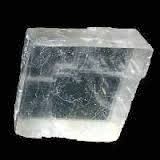 The crystal above is called Iceland spar. It is a type of calcite, a metamorphic rock from Iceland that possesses the unique property of double refraction. 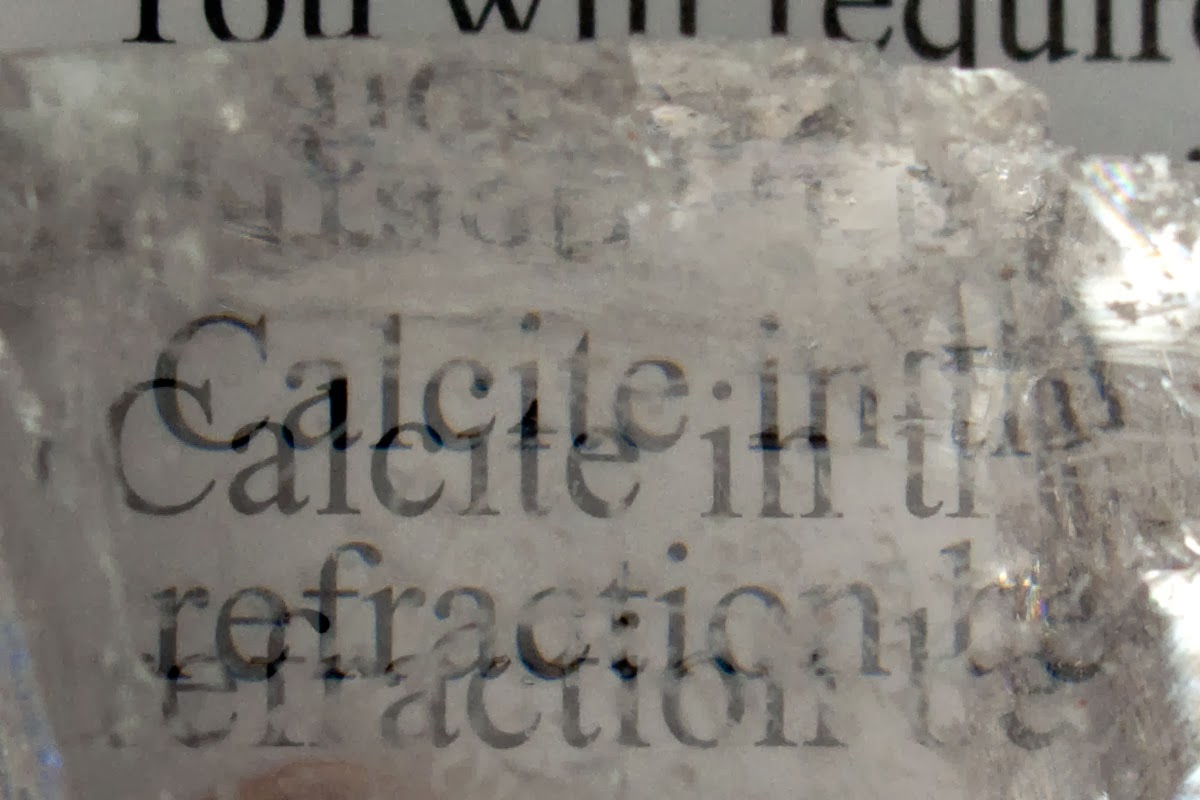 There are two different refractive indexes and each of the images has a different axis of polarization.

Before artificial polarizers were created, Iceland spar was the original polarizer. It was Iceland spar that convinced Augustin Fresnel that light was not just a wave, but a transverse wave. When a crystal like this one is cut and made to act as a polarizer it is sometimes called a Nicol Prism.

If you want to know more about what 3D glasses and polarizers have in common, you will just have to wait (in total suspense) for my video. In the meantime, start collecting 3D glasses for your classroom. The plastic film can be removed from the surface of the glasses, and what remains is just a linear polarizer. If you do not yet have a class set of little polarizers, you should definitely start collecting 3D glasses. Maybe even offer some extra credit to your students.

**In my next post, I will discuss how you can use Polarizers to analyze the Faraday Effect and the Brewster Angle.
Posted by James Lincoln at 10:23 PM No comments:

Journey through the History of Physics at the Greenslade Museum 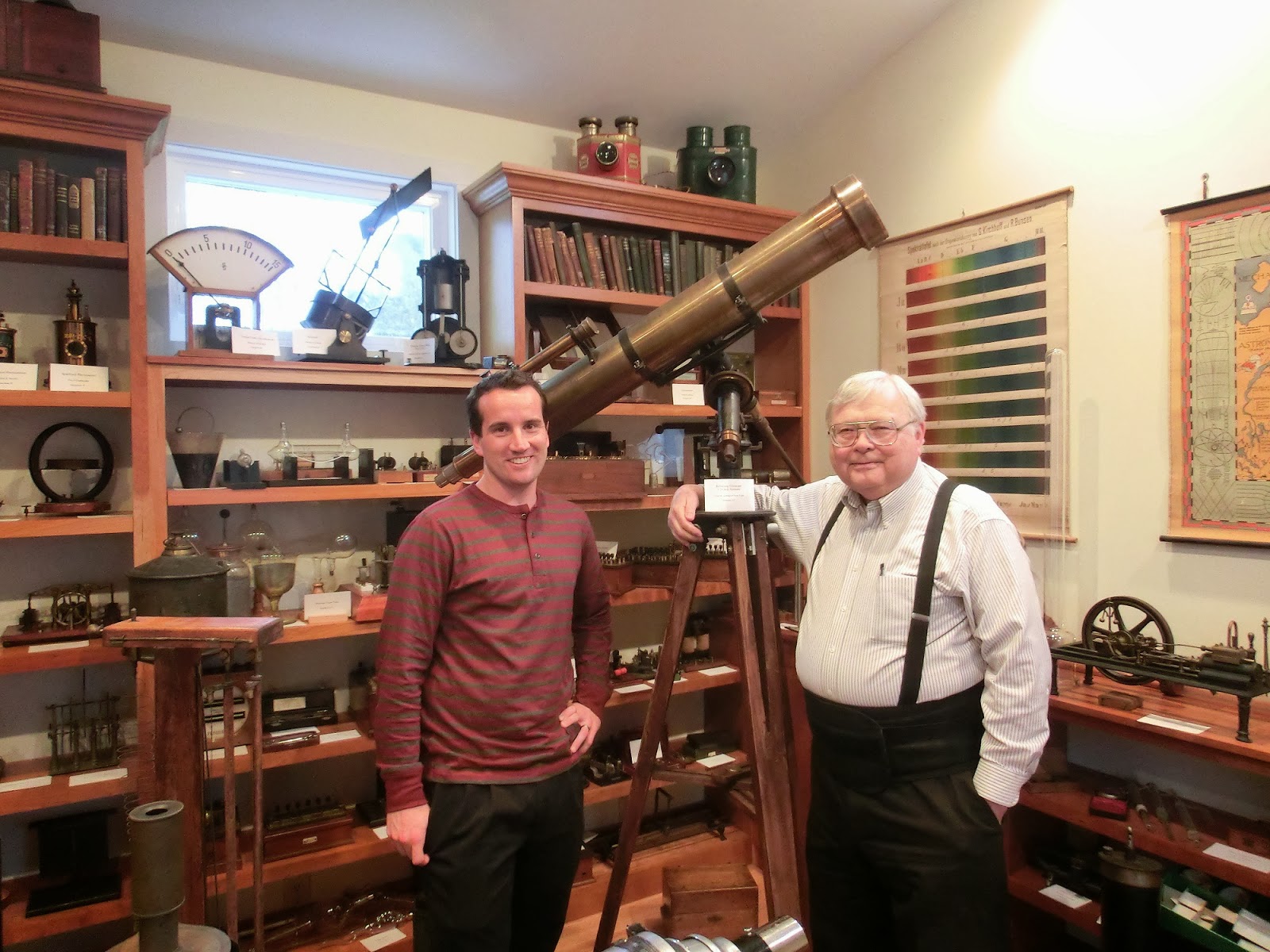 Me (James) with Dr. Greenslade 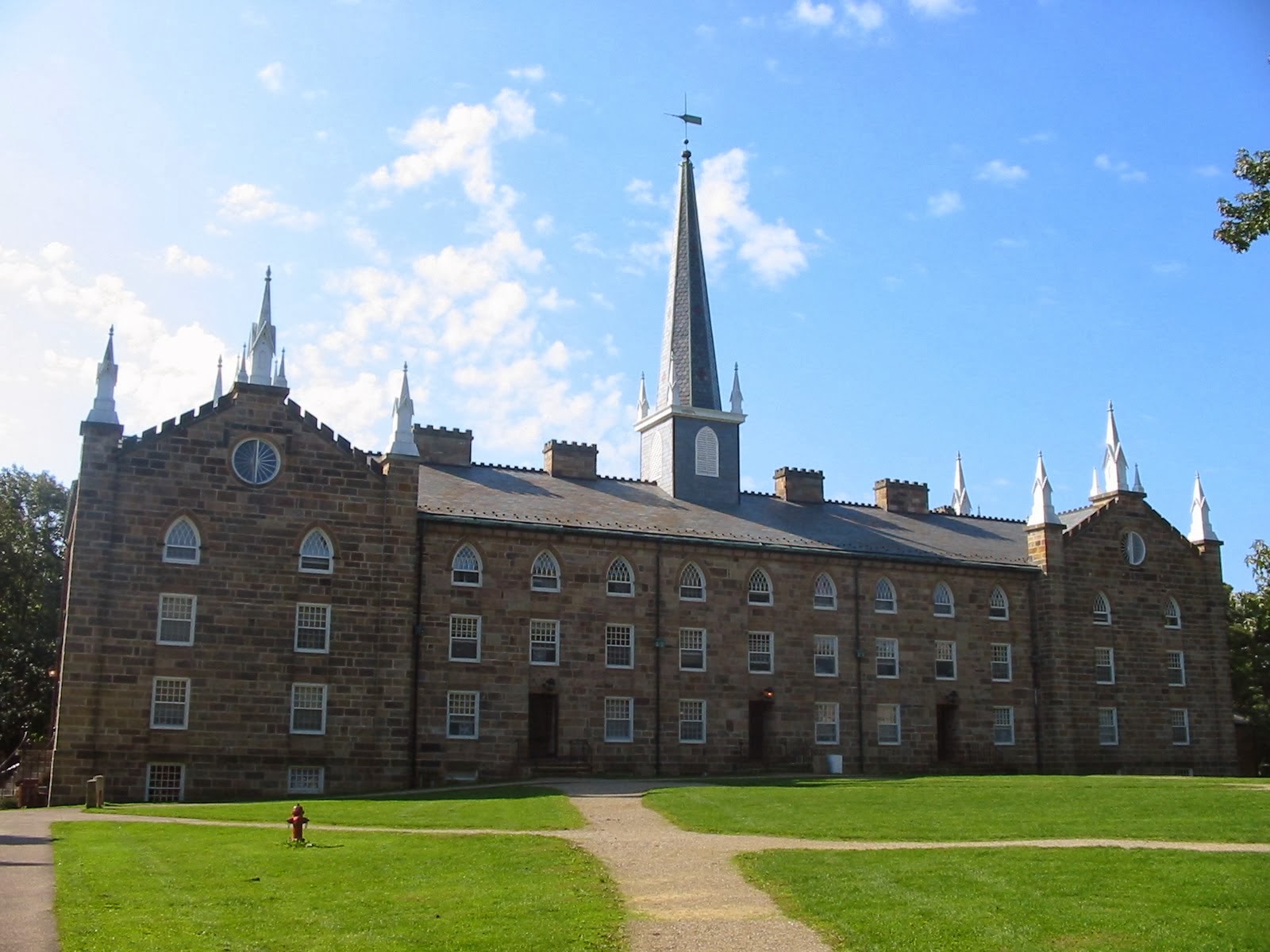 A view of Kenyon College campus

In Gambier, Ohio, north of Columbus, there is a small private liberal arts college called Kenyon College. There you will find the resident expert on physics apparatus, especially historic apparatus, Dr. Thomas Greenslade.  He is retired from the physics department and now he curates a large collection of physics apparatus from around the world, both historical and current but mostly from old-fashioned. The museum is housed in an addition to his home, right across the street from the Kenyon physics building. 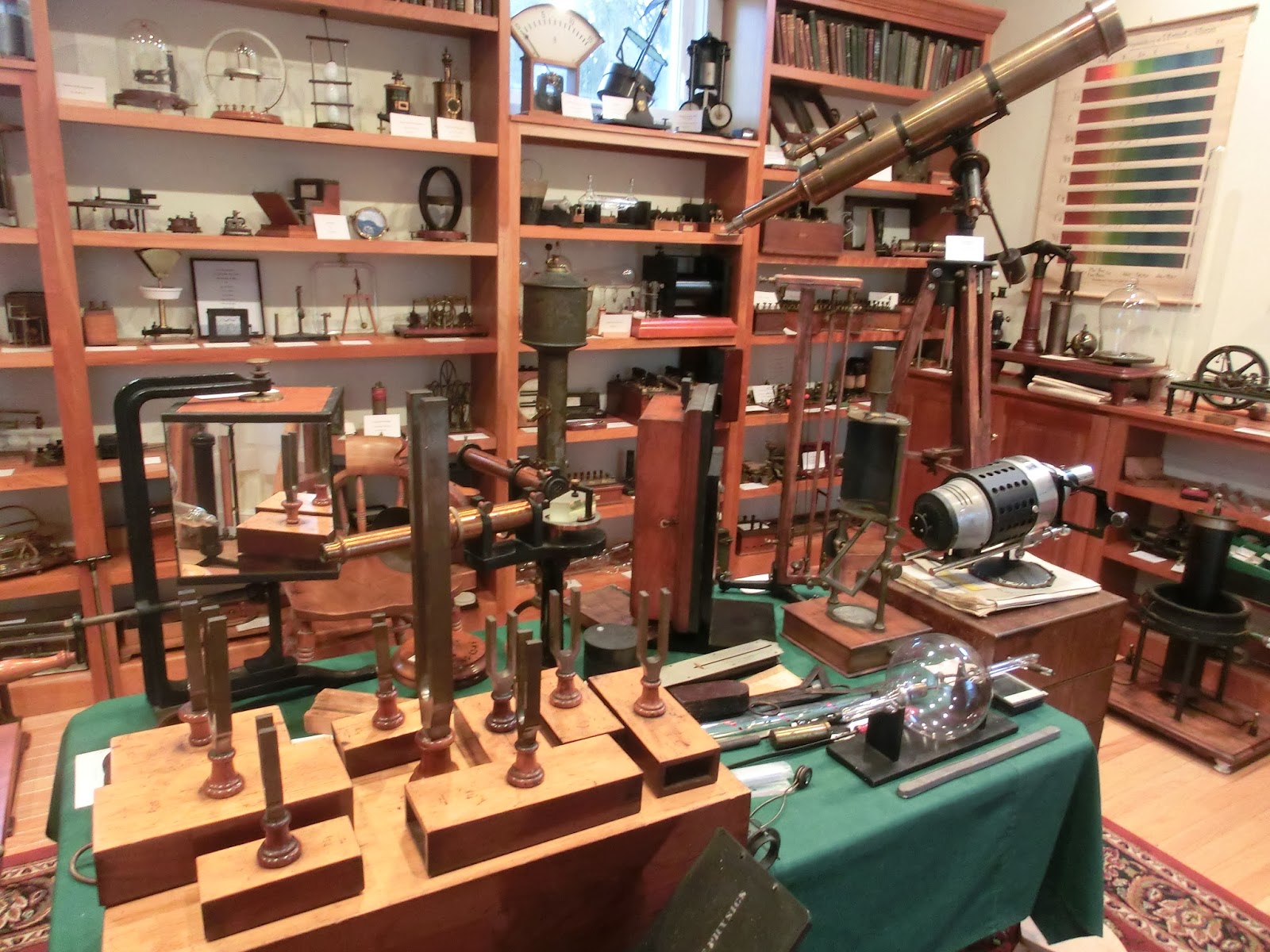 A view of the museum, featuring tuning forks in the foreground, a telescope in the background


Dr. Greenslade spent his career teaching physics at Kenyon College beginning in 1964, for over 40 years. He also travels as a guest lecturer across the country and around the world; he even spent a year teaching at the University of the West Indies in Jamaica. He has served frequently on the Committee on the History and Philosophy of Physics for the American Association of Physics Teachers (AAPT). He is currently Professor Emeritus of Physics at Kenyon College. 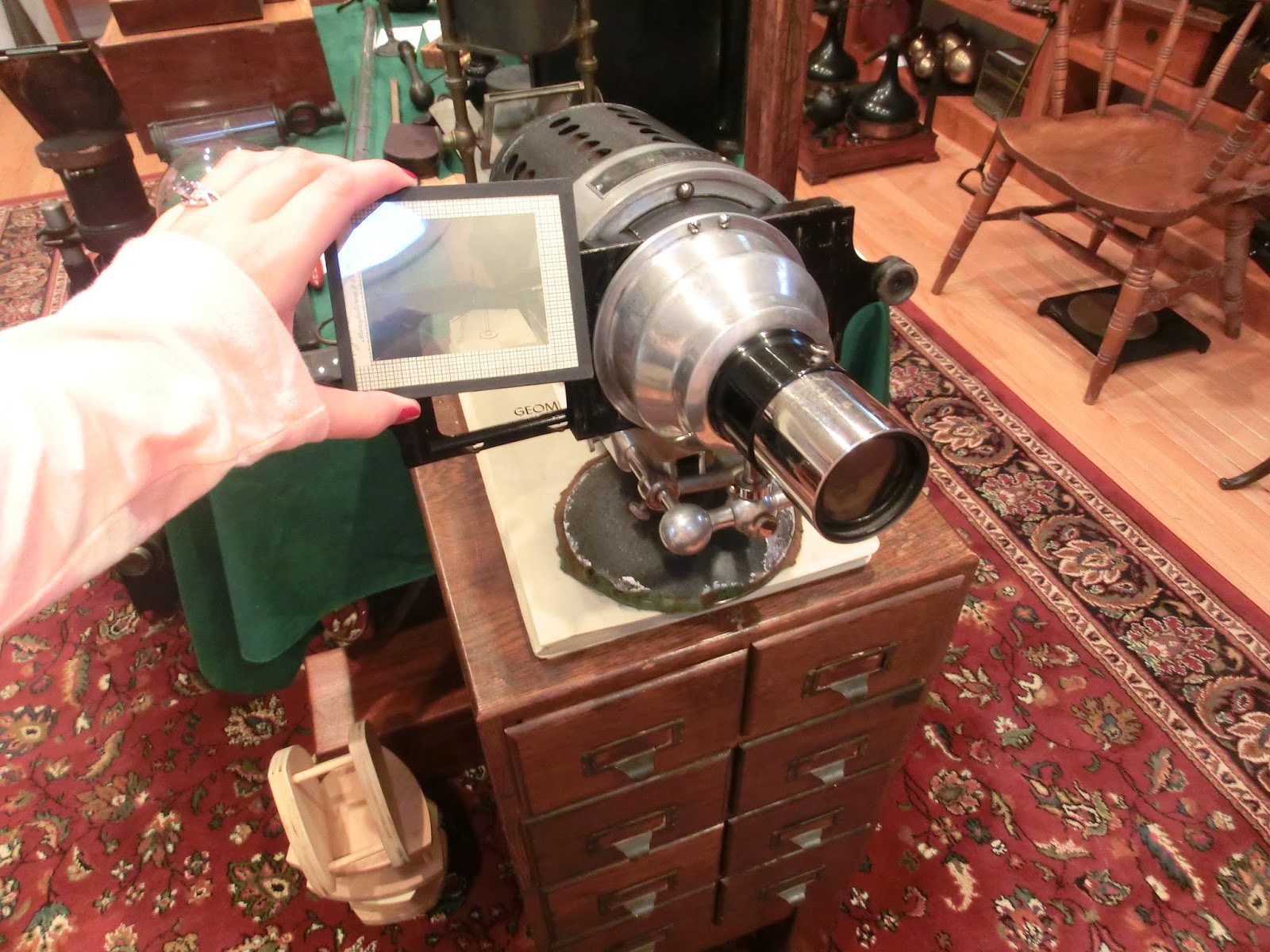 Before there were LCD projectors and Powerpoints,
there was this projector (above) with homemade slides. 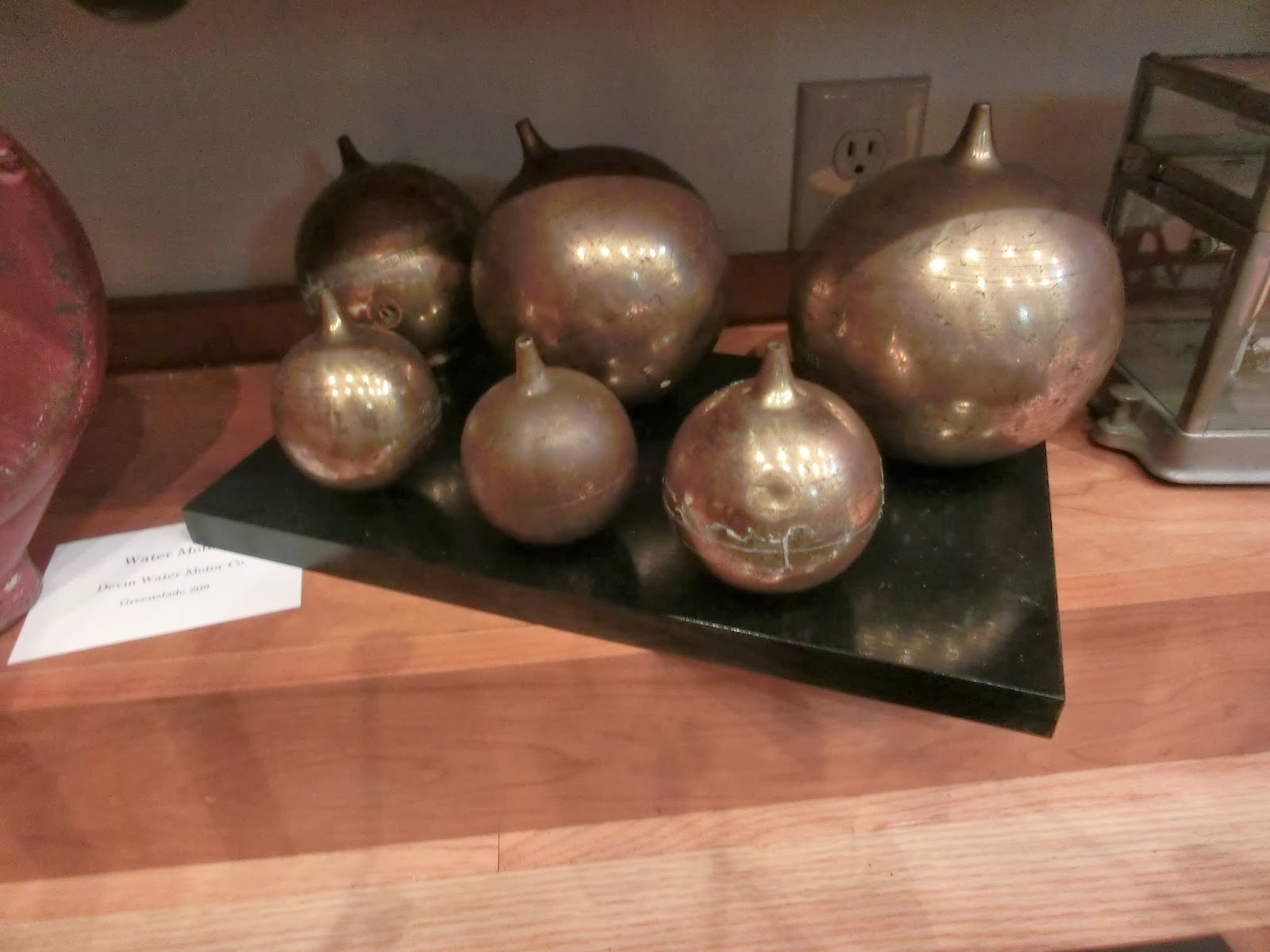 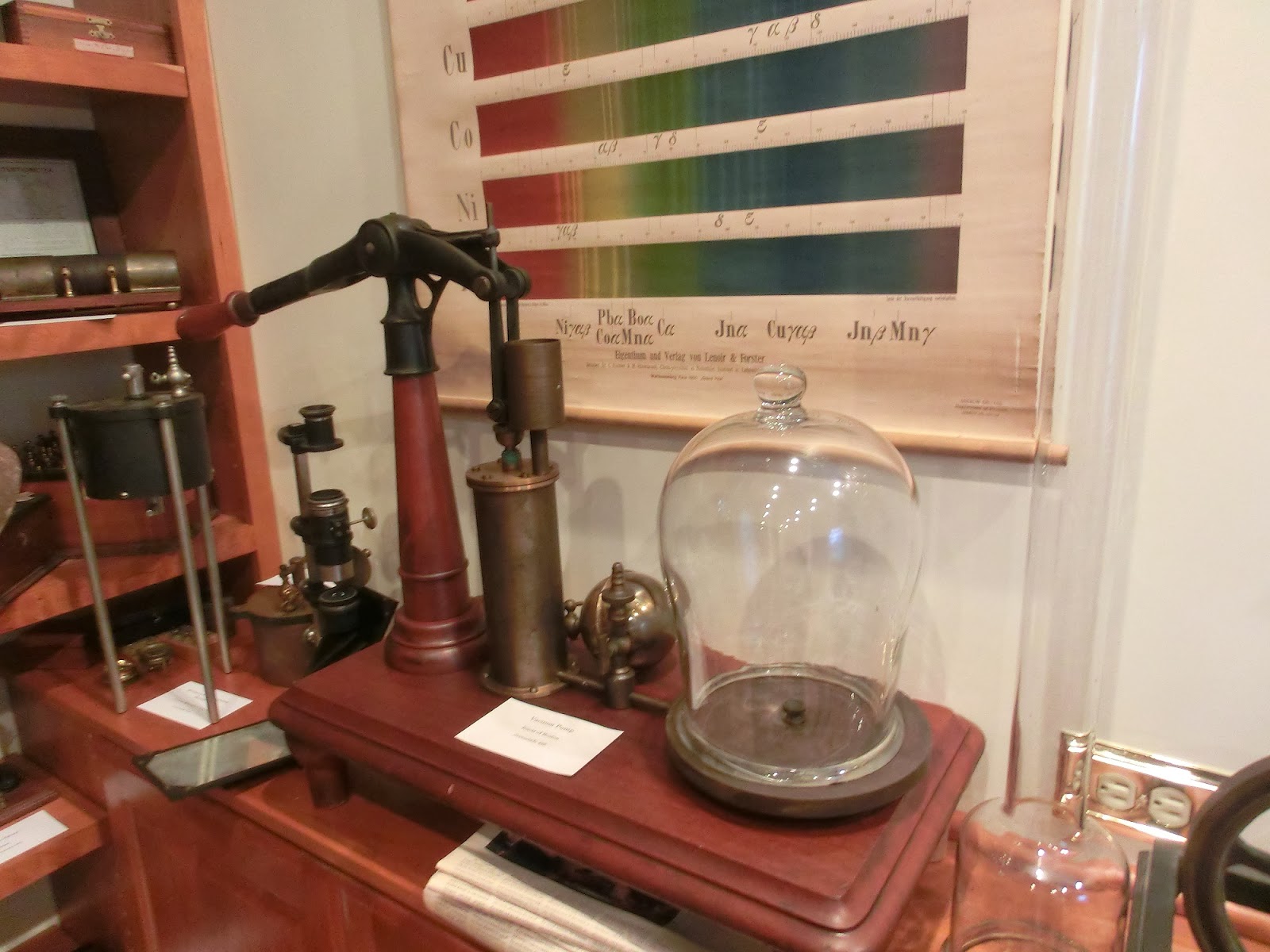 Vacuum pump (above)
You probably have an electric vacuum pump in your classroom.

Dr. Greenslade often writes articles for the American Journal of Physics and The Physics Teacher magazine; pictures of his historical apparatus collection appear in almost every issue of AJP. He is very knowledgeable and can engage in fascinating stories about how he acquired each piece and what its function is and whether or not it is a current style and how outdated it is.

I was grateful to Dr. Greenslade for giving me a tour of his museum and inviting me into his home. When I entered his home, I immediately saw physics apparatus displayed on shelves among a huge collection of books in his cozy home. The north wing of the house is a physics storeroom like you would find at a university, except this storeroom is annotated with small cards to describe each item. If you are able to understand what a Helmholtz resonator or a mannometric flame is supposed to do, you will feel right at home, although most physics teachers will not be familiar with all of this historic equipment.

Luckily, there is Dr. Greenslade who is willing, and perhaps the only one able, to explain the purpose of each device and its uses. On the top shelves, Dr. Greenslade displays classic and rare texts and many new apparatus (that were new to me, at least). Although I have studied the history of physics, there were still many apparatus present in the room with purposes that I did not even know existed. In the museum, there are old-style projectors, cameras, calculators or slide rules, and about 1000 stereographic images, many of which were made by Greenslade himself.

Dr. Greenslade has been cataloguing over the years and presenting images of each apparatus to the American Journal of Physics, perhaps to remind its readers of the creativity that has been displayed in demonstrating physics concepts throughout the centuries.

If there was a specialization of this collection, it is probably in the electromagnetic. In this area, the Greenslade collection seems to be the most extensive, particularly in cathode ray style apparatus, electric motor and generator demonstrators and wheatstone bridges from all of the suppliers for the past two hundred years or more. Just looking around you will find amusing things you wouldn’t find elsewhere, like an Indian ingot or several water-powered motors. 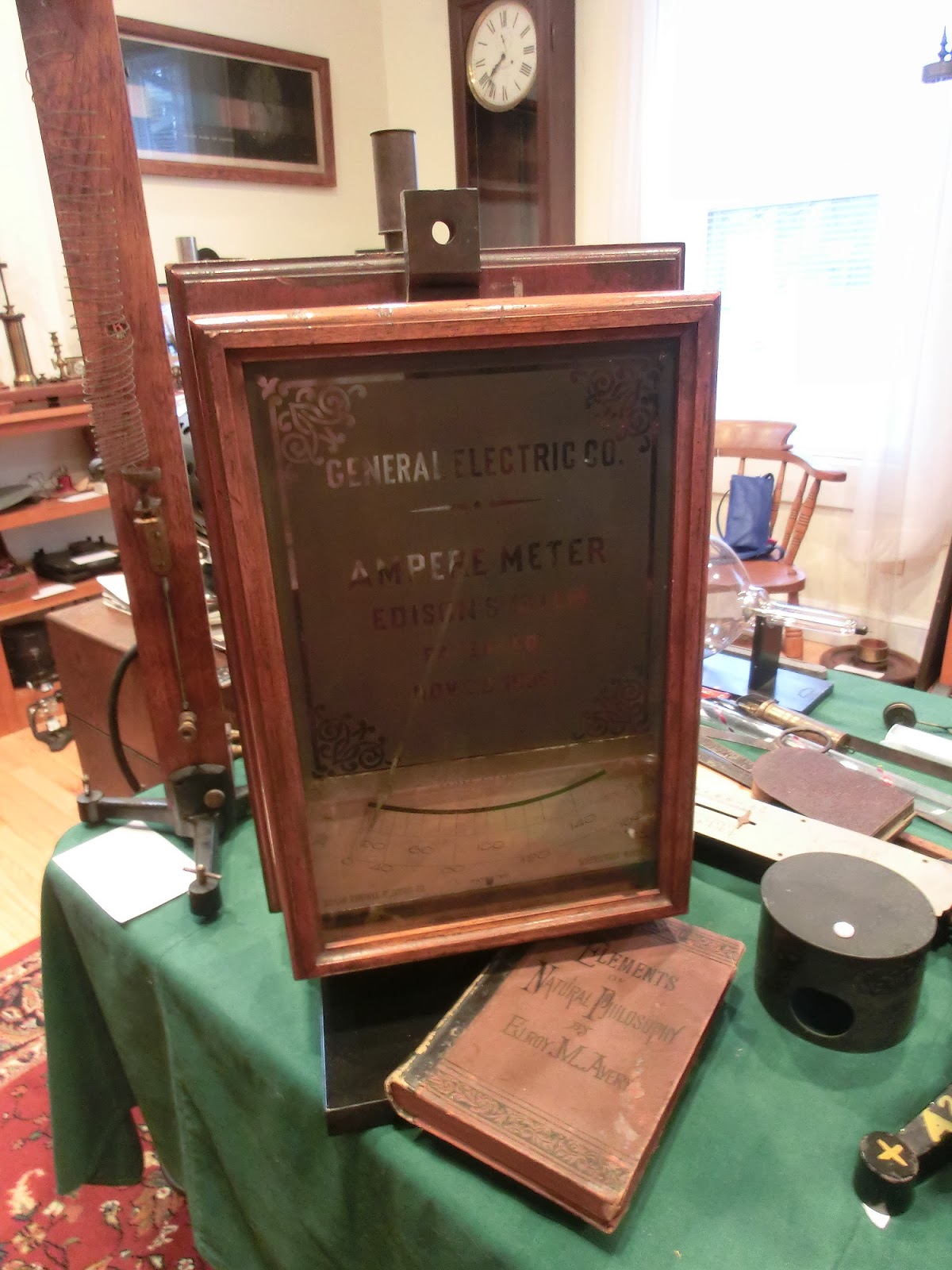 An ammeter and a mercury-dip slinky motor at left.

Dr. Greenslade is very gracious and gave me a guided tour of his house, where we viewed many other items in his collection, even his uncatalogued backroom set, which comprises two more shelves and includes many items that take a while to figure out what they are for, such as a mercury dipped motorwheel, a hall carriage, and an exploded rotating generator. 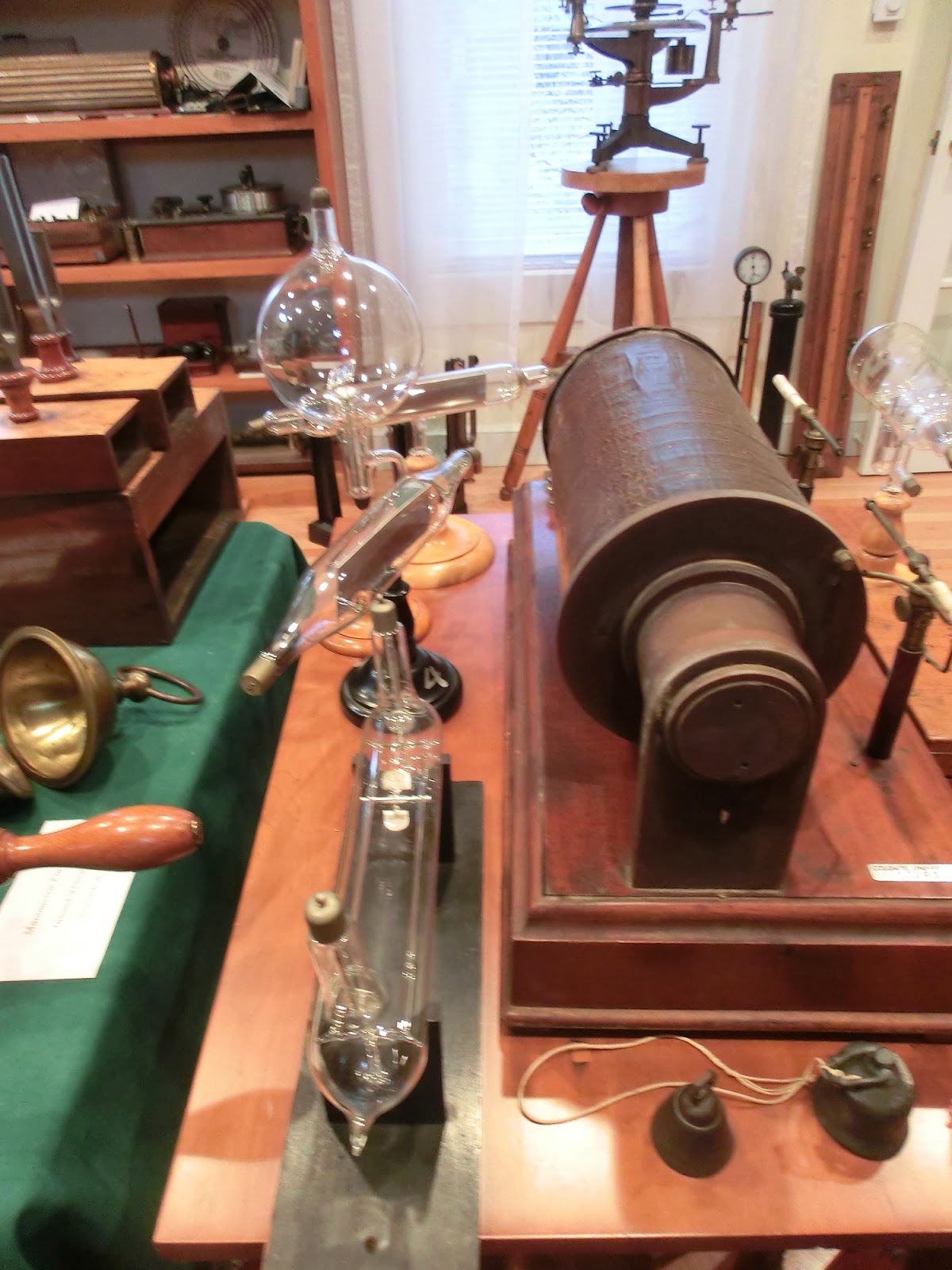 In the following picture, you can see a Chromoscope, 3-d, three color reviewer, and an X-ray generator…just in this picture alone, I can identify almost 100 apparatus. 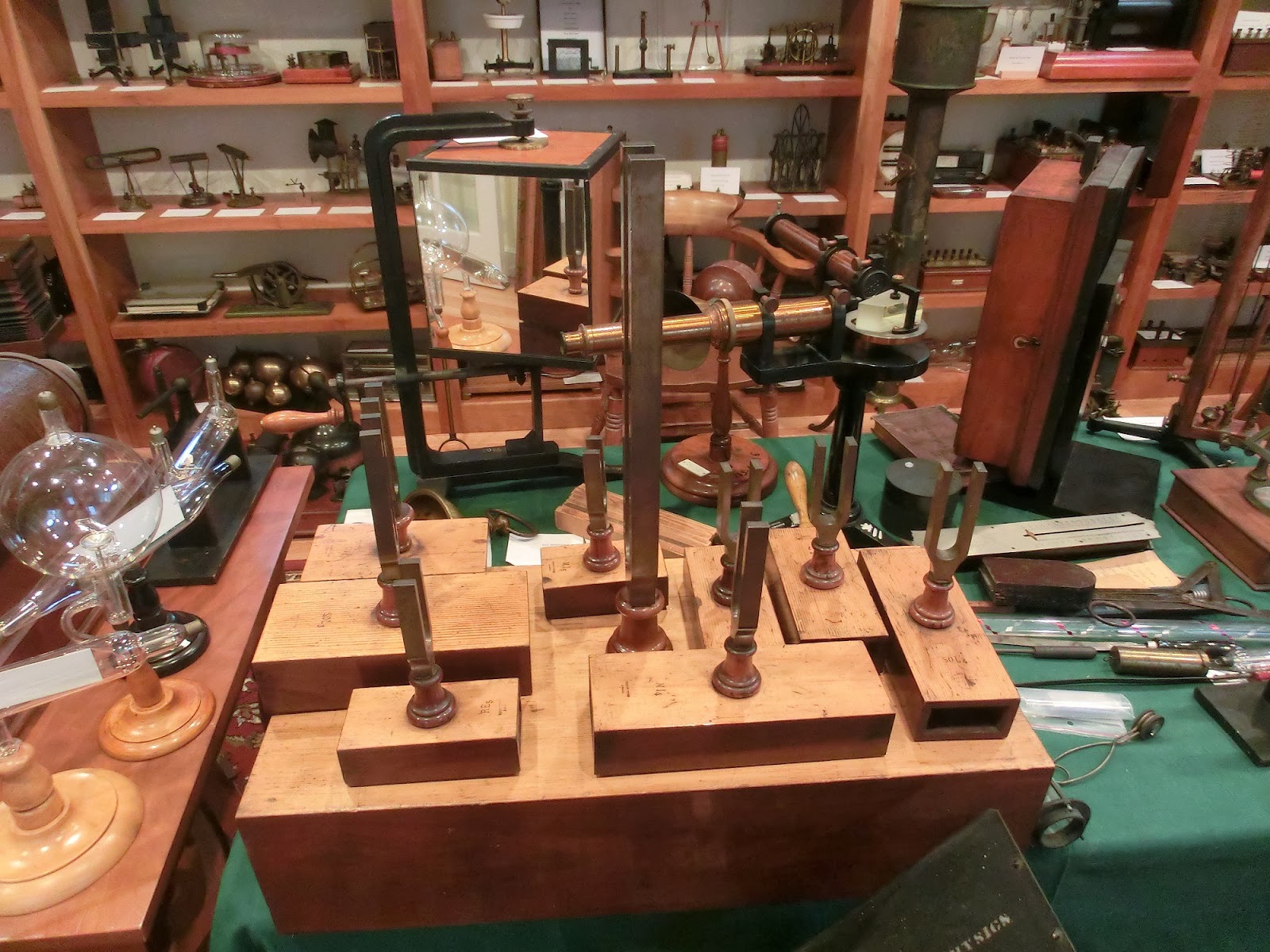 On the left, you can see cathode ray tubes.
In the middle, you can see a reflective tool used to measure
the speed of sound in old-fashioned experiments. Below, a closer look. 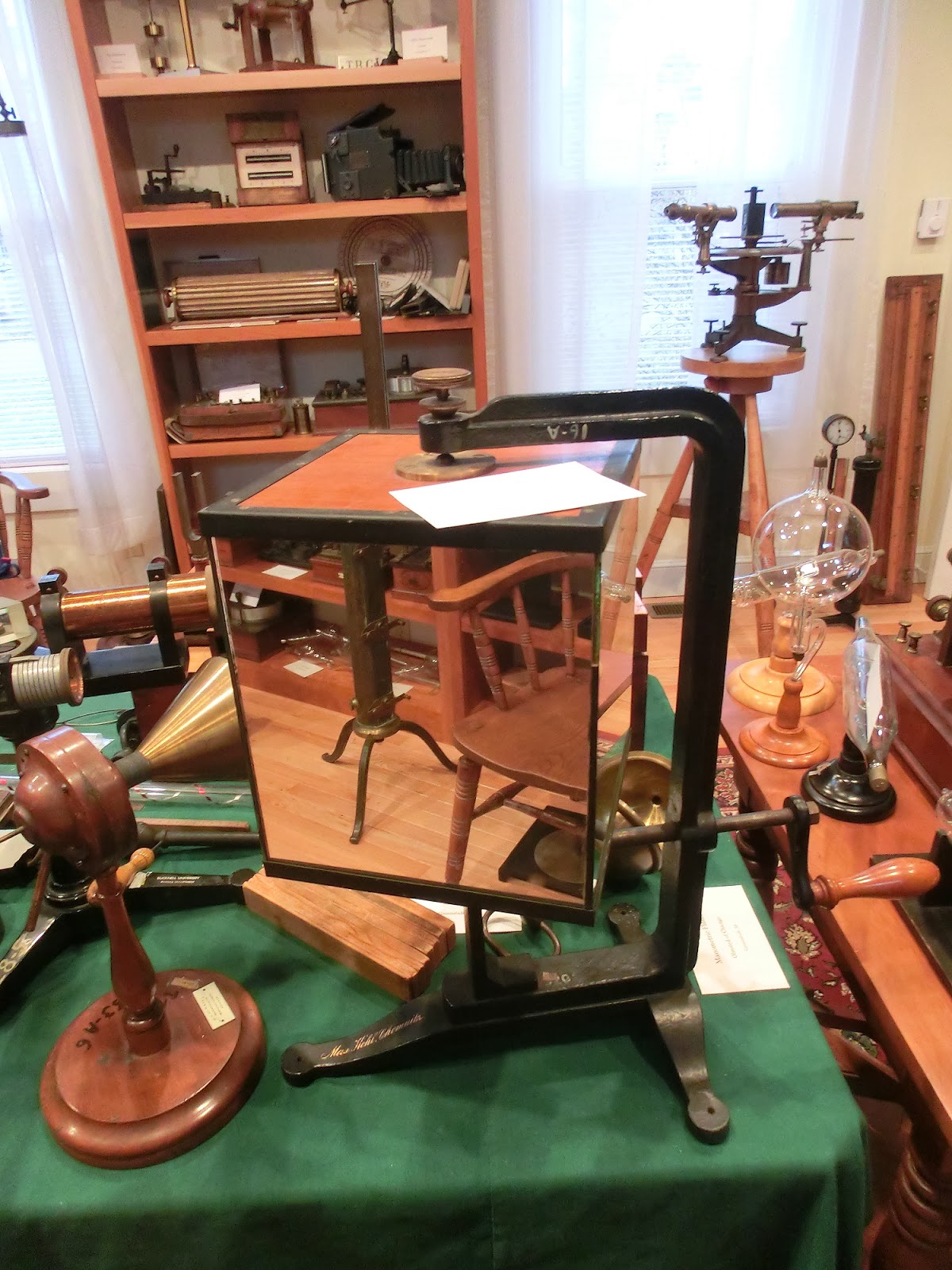 Dr. Greenslade’s influence and correspondence is extensive in the physics teaching community, and everyone I know who reads physics magazines has been touched by his passion for historical physics apparatus. If you are in Ohio, I strongly advise you pay a visit to the Greenslade’s Museum and get in touch with the apparatus of our educational ancestors. 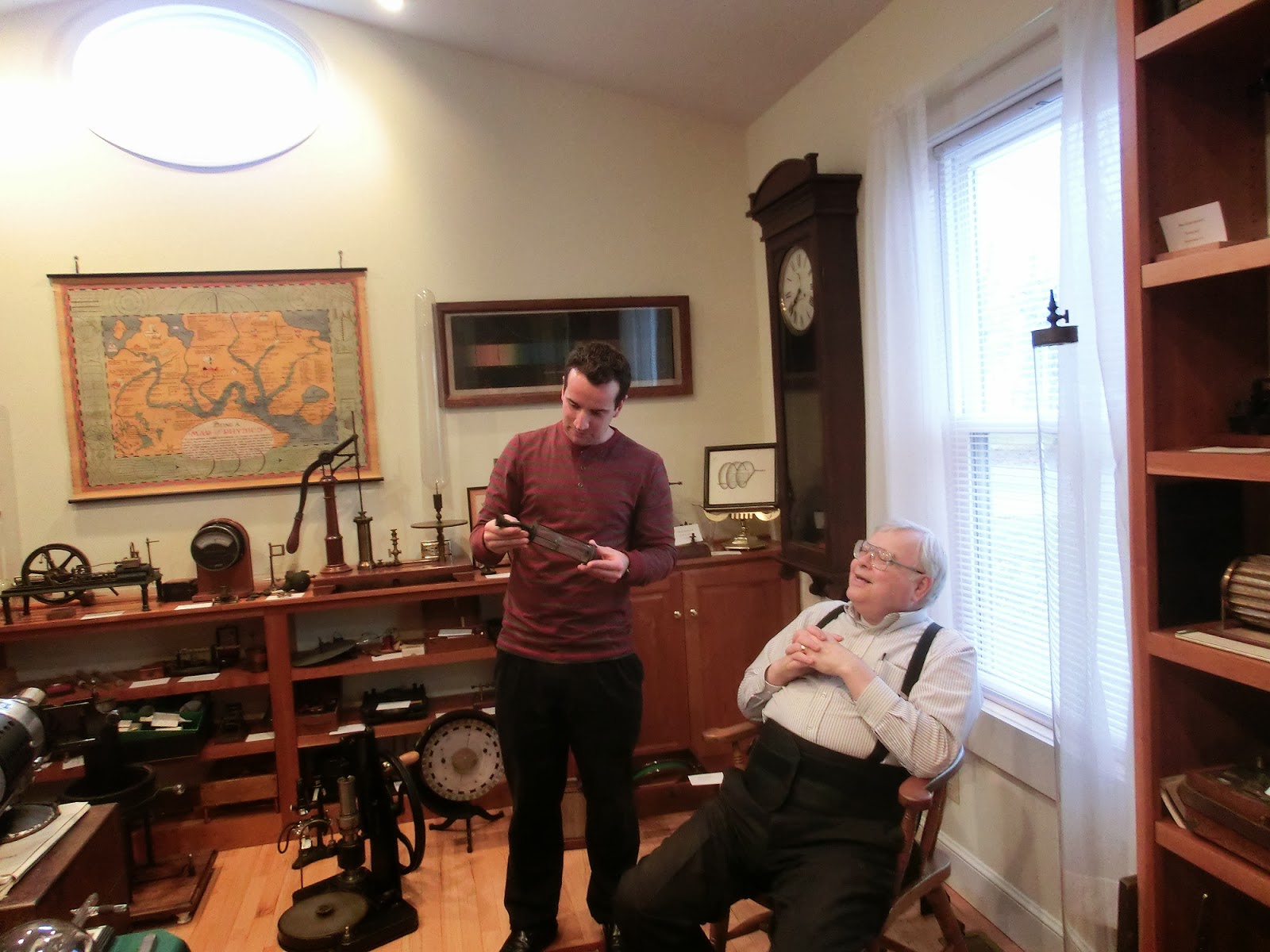 If you have an apparatus and you do not know what it is for, you should consult with Dr. Thomas Greenslade. Don’t take it out to the trash just because you don’t know what it is—Greenslade will know.