I will be writing a series about the Top Ten Most Influential Women in Physics. First, we will highlight Emmy Noether. 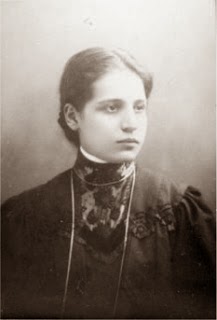 In 1935, Albert Einstein wrote an eloquent letter to the New York Times to commemorate the life of Emmy Noether and stated: "In the judgment of the most competent living mathematicians, Fraulein Noether was the most significant creative mathematical genius thus far produced since the higher education of women began." Read the full text of his letter here.

Noether's contributions to physics (through mathematics and theory) greatly impact the field of physics today. In a New York Times article entitled "The Mighty Mathematician You've Never Heard of," journalist Natalie Angier writes: "She invented a theorem that united with magisterial concision two conceptual pillars of physics: symmetry in nature and the universal laws of conservation. Some consider Noether's theorem, as it is now called, as important as Einstein's theory of relativity; it undergirds much of today's vanguard research in physics, including the hunt for the almighty Higgs boson."

Emmy Noether faced significant hurdles to her success--she was a female in a Germany with universities that often did not accept female students, let alone hire female researchers and professors. And later, during the Nazi party's rise to power, being Jewish became a dangerous identity.

According to the Association for Women in Mathematics, her exile from Germany resulted in the creation of a circle of dedicated and loyal students at her new university, similar to the network of devoted learners she'd built in Germany: "Forced out of Germany by the Nazis in 1933, Emmy Noether came to Bryn Mawr College, where she soon collected many students and colleagues around her." Sadly, less than two years after she immigrated to the United States and took up a post at Bryn Mawr college, she passed away too young at age 53.

Despite these obstacles, during her lifetime Noether published mathematics papers on topics such as ring theory and abstract algebra. Yes, she was a brilliant mathematician, but she was also a rare thinker and theorist; her ideas relating to time and energy and the application of her equations had ramifications for everyday topics (like riding a bike) and furthered our understanding of the physical universe. 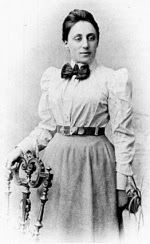 Today, scientists and journalists are bringing new life to memory of Emmy Noether (see links below). As Einstein wrote in 1935, "...the fruits of their endeavors are the most valuable contributions which one generation can make to its successors." Today, we see the fruits of her endeavors in the impact on her successors in the field of physics; her work is being applied in many ways in diverse areas across the field of physics. 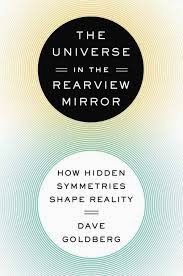 The Universe in the Rearview Mirror: How Hidden Symmetries Shape Reality by Dave Goldberg

Association for Women in Mathematics

Read this excellent article in the New York Times: “The Mighty Mathematician You’ve Never Heard of” by Natalie Angier, March 26, 2012.
“The Unrecognized Genius of Emmy Noether” by Ransom Stephens. You can watch Stephens’ lecture here

In his letter about Noether, Albert Einstein touched on the topic of true innovators: "...there is, fortunately, a minority composed of those who recognize early in their lives the most beautiful and satisfying experiences open to humankind are not derived from the outside, but are bound up with the development of the individual’s own feeling, thinking and acting. The genuine artists, investigators and thinkers have always been persons of this kind. However inconspicuously the life of these individuals runs its course, none the less the fruits of their endeavors are the most valuable contributions which one generation can make to its successors."

Today I received Arbor Scientific's latest catalogue in the mail. An image from my plasma globe video was included on the cover. 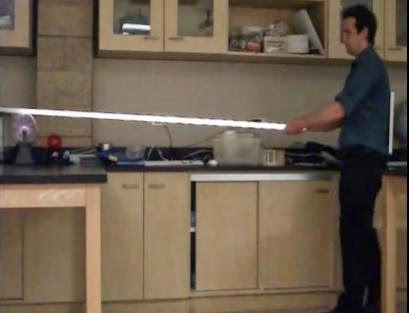 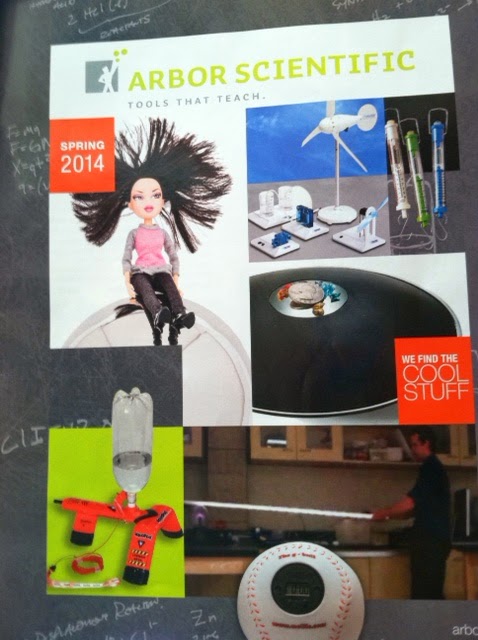 My article and video "Top Ten Demonstrations with the Plasma Globe" were published on the Arbor Scientific CoolStuff blog recently.

Do you need to be convinced to check out this video? One person, John, commented on my CoolStuff blog/video: "I had no idea that the plasma globe could be used for so many different things. The video format was really accessible. I would have never read and article about this but a 5 minutes video with clear explanations was perfect." Thanks, John!

On the Arbor YouTube Channel, below my video, a Belgian student named Robin commented that he will be trying one of the experiments from the video for a project in his science class.

I am glad that the video is inspiring students and teachers around the world to use plasma globes in new ways to learn physics concepts.

During my recent presentation to EnCorps teachers, I discussed the topic of “Engaging Students in Science.” I hope my advice will be helpful to you as well!

As the main purpose of my presentation, I focused on the difference between teaching at students and engaging students. I remember being an education student, and my professors would say: “Lecturing students is not an effective method of instruction” while giving a lecture. Ironic, right?

Just Say No to Lecturing Too Much

While lecturing can be an easy crutch for teachers, it is not often an effective method to engage students; therefore, I advise the following:

• Lecturing mostly teaches the instructor
• If you do lecture, it should lead to a more interactive activity
• Every hour should include three+ transitions

In our entertainment-saturated world, some teachers feel pressure to entertain their students. However, in the long run, engagement will be more meaningful and powerful for the learning experience than “entertaining” and you will gain your students’ respect through engaging, not just entertaining, them.

A few tips for engaging (not entertaining)

What Does Engaging Students Mean?

Meet students where they are and assist them in working in the zone of proximal development; you should know your students’ skill level and adjust the materials to suit them.

Learning is a social experience and therefore students must discuss ideas often if they are to learn; as a teacher, you can create an environment that allows for peer discussion.

Instead of providing endless examples to illustrate a concept or principle, provide opportunities to grapple with the ideas in hands-on or other interactive ways.  All of these factors combined should result in individual students engaged in learning in your classroom.

The six methods below are often used in my classroom:

Doing science is an important step toward being a scientist. After all, you won’t learn circuit building from a book. Students can engage in many hands-on activities in the science classroom. I will share a few of my favorites. Our digital lifestyles deprive us of experiences, but seeing dry ice in person is way cooler than watching a video of dry ice floating around.

What are some easy-to-provide hands-on activities? 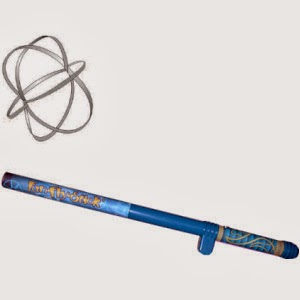 Start a class with a practiced demo to engage your students. To illustrate an abstract concept, use a demo, which will help students visualize the concept in action. 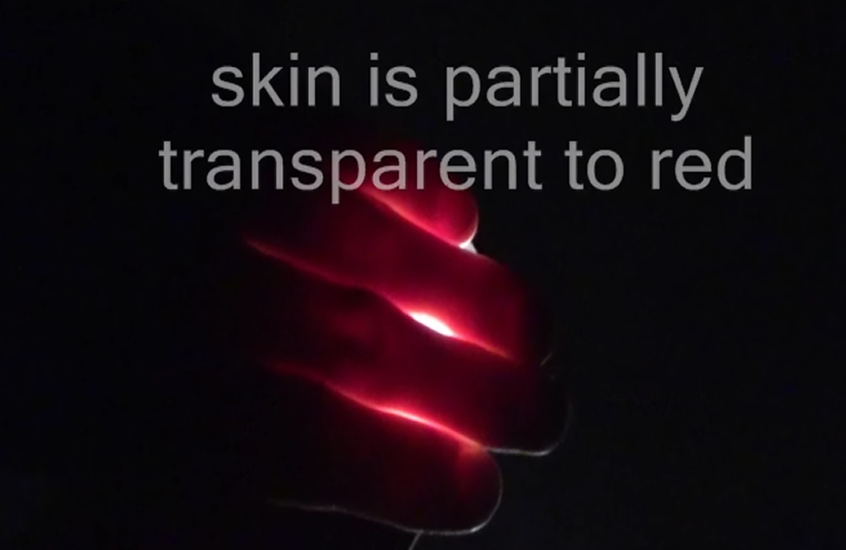 If possible, allow the students to try a simple demo themselves, individually or in pairs. 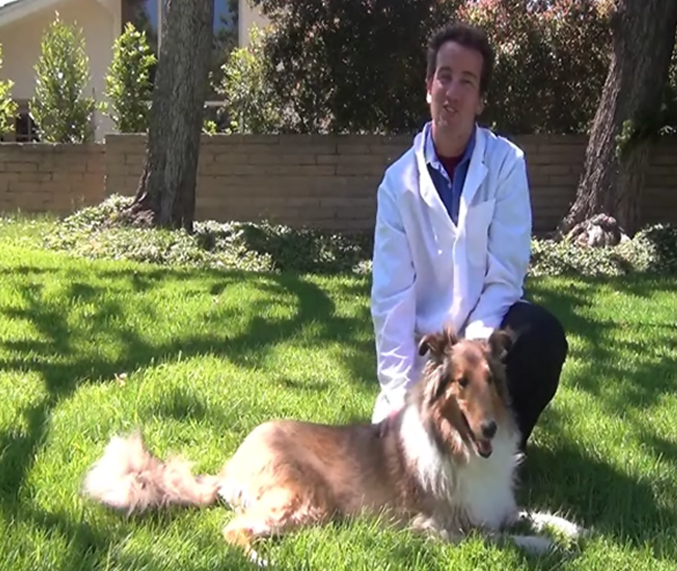 ·        Start class with an interesting video clip. This video I made for LaserFest years ago has some cool laser demos.
·  Use a video clip later in class to hold student interest.


Posted by James Lincoln at 8:02 PM No comments:

Yesterday I had the wonderful opportunity to give a presentation to a group of EnCorps teachers entitled “Engaging Students in Science.” I thought some of my readers would be interested in this program. Maybe you know a STEM professional who is thinking about teaching as a career, or maybe you are a science teacher interested in mentoring someone who would like to enter the STEM teaching field.

EnCorps  is a program that helps STEM professionals (who possess at least three years of experience in the STEM field) transition into full-time teaching positions. Potential teachers have the opportunity to tutor students in schools, guest-teach, and later work with a current teacher to receive mentorship. Guidance about obtaining a teaching credential is provided as well.

This program was designed to meet the high need for STEM teachers, especially in disadvantaged communities. The website states that "California alone will require more than 33,000 math and science teachers over the next seven to ten years."

EnCorps' Mission
Our mission is to transition corporate professionals into second careers in education to help ensure that every child in a disadvantaged community receives an excellent math and science education.


Posted by James Lincoln at 5:30 PM No comments: 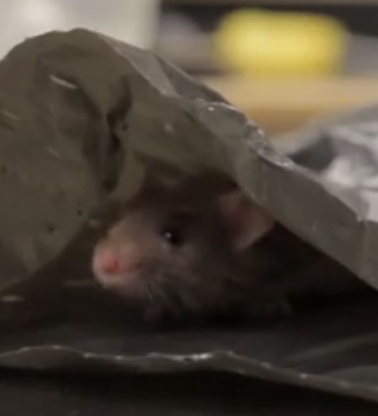 Today’s video illustrates a trick I have found to convert my thermographic camera into a video camera. The problem that most people face when buying an infrared camera is they want to make videos, but it is extremely expensive to buy a thermal video camera. However, you can use your digital video camera together with your thermal camera to create a video.

The image on the infrared camera, when placed in front of a high-quality digital camera, looks very good and this trick can save you thousands of dollars, especially necessary for filmmakers who are just starting out (with low budgets).

I illustrated this technique in the video below where a mouse tries to hide (unsuccessfully) from the camera. Take a look.

This video can teach the lesson that some plastics are transparent to infrared light but not visible light. It also shows that pictures can be made with infrared light (just like regular light), because infrared is just another form of electromagnetic radiation.

The video illustrates how the technology of infrared cameras can be applied to find hidden heat sources. For example, infrared cameras are often used by technicians and inspectors to ensure the safety and efficiency of a home; they can identify frayed wires (near circuit breakers, for example) and thermal leaks around windows and doors or the roof. For prophylactic maintenance, infrared cameras can find areas where water leaks or catch cold places where mold grows.

As you may know, police can use infrared security cameras to catch criminals or burglars in the home. 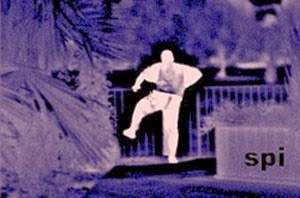 This is where I bought my infrared “thermal imager.” http://www.fluke.com/fluke/auen/products/categoryti.htm 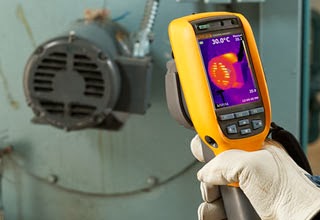 If you are interested in the industrial and commercial uses or building diagnostics and inspection, you can read about these uses on the FLUKE website. Some students may be interested in learning more about how an abstract concept like infrared and the electrogmagnetic spectrum is applied on an everyday basis in practical tasks and applied careers.