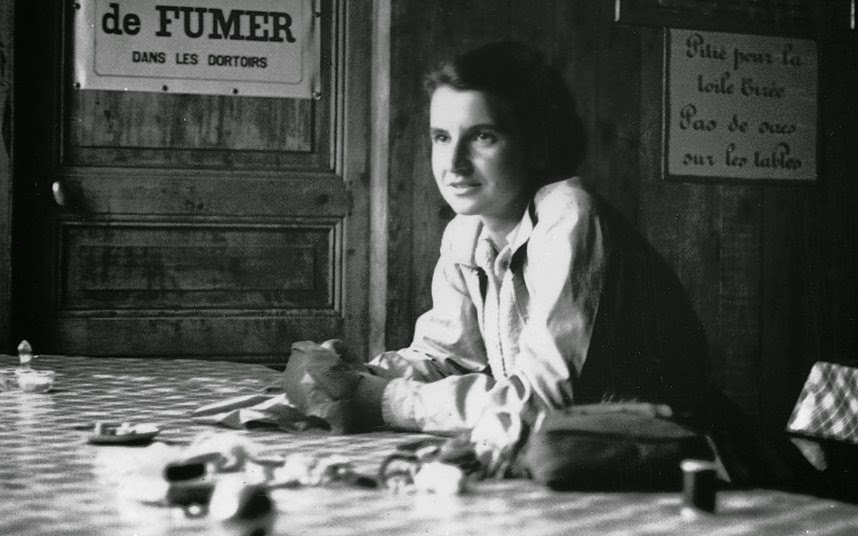 Today we recognize Rosalind Franklin as a significant woman in the history of physics because of her pioneering work in the area of X-ray diffraction. She is well-known for being the first person to produce a clear diffraction image of DNA, but she is slightly less well-known for her imaging of the tobacco mosaic virus and the micro-crystal structure of coal. Some might argue that her contributions make her a woman in the history of biology, which I do not deny. However, we learn how to do X-ray diffraction in solid state physics and her mentor and supervisor W. Lawrence Bragg won his Nobel Prize in the field of Physics for this technique. Her methods are the methods of physics although she applied them to biological structures. 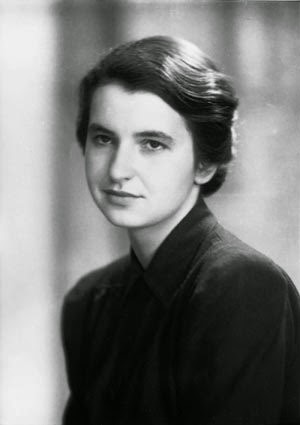 Regarding DNA, Franklin made a significant discovery, that DNA takes two crystal forms, one for the wet orientation and another for the dry. It is the wet DNA that appears in the famous Photograph 51 on which James Watson and Francis Crick based their molecular model of DNA (without her permission) and later won their Nobel Prize. Having particular knowledge of Franklin’s unpublished work, the famous pair Watson and Crick was able to take more credit than they deserved for what appeared to be scientific intuition. In 1962, Watson, Crick, and Maurice Wilkins (Franklin’s team member) received the Nobel Prize in Physiology or Medicine. Franklin deserved the Nobel Prize for her work. Franklin certainly should have been the third person on the Nobel Prize Award; however, she had passed away four years earlier.

Many of the women on our list of significant women in the history of physics worked in Modern Physics concepts that are difficult to grasp (for high school students). However, Rosalind Franklin represents a good example of a woman physicist who you can easily discuss her achievements in her classroom. Her work on diffraction is something that high school students can understand, because diffraction of light is easy to demonstrate in your classroom and most people can understand the idea that since X-rays have much smaller wavelengths, they will make diffraction images of much smaller objects. I have produced a video on this topic—see below:

Female students in particular are interested in the applications and the usefulness of the ideas we learn in physics. To image the genetic blueprint of life is certainly a useful application of both X-rays and diffraction. When we understand the structure of a molecule or a virus, we have taken the most important step to understanding and curing diseases that affect human life. 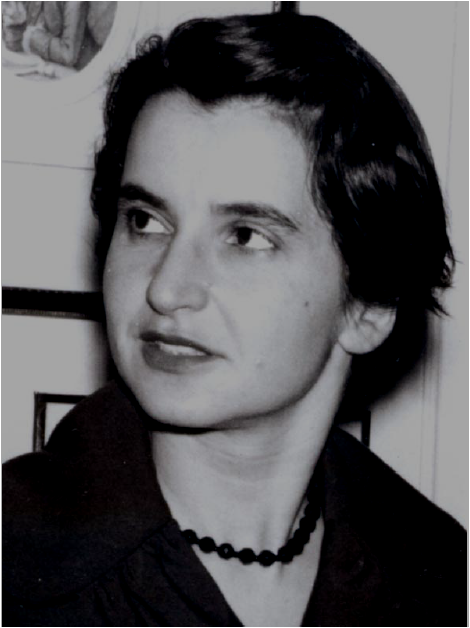 Franklin and her lab assistant collected a small quantity of DNA and set it in the path of an X-ray beam. The beam was created by accelerating electrons through a high voltage and having them slam into a copper plate. This produced a nearly “monochromatic” beam of X-rays.  After passing through the DNA, the X-ray beam was split or diffracted into fringes upon a photographic plate. The center of this plate was obstructed by a small piece of lead to block out the large amount of X-rays that would pass right through the DNA. This enabled the diffracted rays to show up with greater contrast. 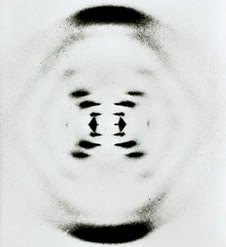 The best photograph she took was Photograph 51. Clearly visible in this photograph: the blank spot in the middle (the lead shield) and three diffraction spots on each leg of the X. These spots tell us how tightly wound the DNA helix is and the missing spot indicates the thickness of the DNA helix. Just by looking at this picture, Watson and Crick were able to inform their model of DNA with the appropriate scale and pitch (twistiness). They would not have been able to build such a model without this most important clue provided by Rosalind Franklin. 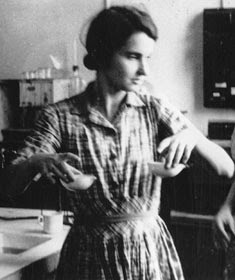 The impact of biographies about Rosalind Franklin is powerful; they affect how we remember her and the importance of her work. New York Times reporter Robert McG. Thomas, Jr., wrote about the influence of the first definitive biography of Frank, entitled Rosalind Franklin and DNA, written by Anne Sayre and first published in 1975. The article noted: “Until Mrs. Sayre's book was published by Norton in 1975, Rosalind Franklin had been little more than a footnote to the history of the discovery of the double helix, the form taken by deoxyribonucleic acid, the stuff of heredity.” The biography also touched on the perceptions and struggles of women in science: “Mrs. Sayre's book has been widely cited in feminist circles for helping to expose rampant sexism in science.” 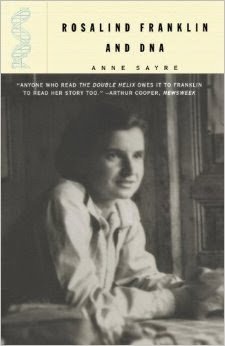 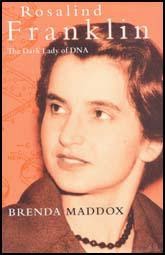